The end of life for my truck’s engine came at not only the wrong time, but right when I need a truck more than most other times. I was hoping that I either needed new injectors or coil packs for a couple cylinders that were misfiring. Unfortunately, this was not the case…..

Last Tuesday I was on my way to an appointment. I had to pull into the bank and grab some cash, but when I came back from the ATM my truck would barely run. After poking and prodding things a bit I ended up nursing it home and called to let the office know I was not going to be in due to vehicle issues. I also called in to my main job to let them know I needed at least Wednesday off.

After several hundred dollars in replacement parts, I thought I had everything figured out as being bad fuel so I added some octane boost, fuel treatment and high octane gasoline to try and dilute the impurities in my fuel tank. While driving it on the highway to blow out the bad fuel I started hearing the sounds associated with bearings going out.

To shorten this story I will just cut out all the wait for the tow truck, the calls to get a car loan from my bank, car shopping and all the paperwork associated with the vehicle purchase. I will jump to the part where I now have a new to me Subaru Outback.

I apologize for no post on Monday. It was a hectic day due to the vehicle, babysitting family, and recovery from taking a bowhunting education master instructor class this last weekend. On Friday I will cover the class.

In keeping with my edible plant posts, I am including the bedstraw. This plant is actually quite prevalent around here. I see it a lot while up in the hills. 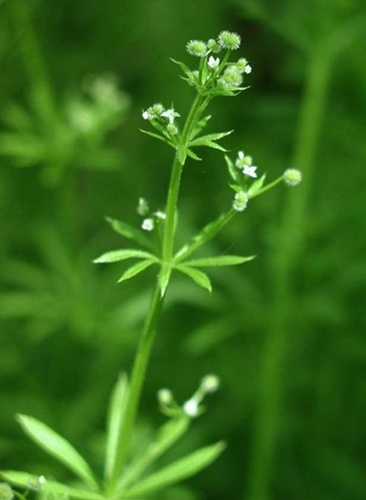 The stems, leaves and flowers can all be eaten raw. If you eat a lot it can and will act as a laxative, so be careful. It is a good source of vitamin C, however.

There are a few varieties to include cleavers, Northern bedstraw and sweet-scented bedstraw. You can find it and all of the various varieties alongside low growing vegetation and disturbed soil sights. I see it a lot around relatively fresh clear cuts before all the new production is planted.

This plant is best when cooked, by the way. It will have little to no taste if you get a young plant. Older plants are a bit nasty tasting and you will think you are eating something out of a bale.

Keep your eyes peeled for bedstraw and give it a try!

Being the rustic type family that we are, the wife and I have been thinking about making some log furniture as opposed to buying and new couch and chairs. Considering how handy I am and how much I like to be able to do things myself this might be the way for us to go.

From what I have seen the hardest part of building the furniture will be making the cushions. Even this didn’t seem that hard and I am not that expert at sewing.

There is an entire YouTube channel with videos. Here are some links in a relative order so you can get an idea how the process works.

I have not started any projects on this as of yet, but I can definitely see me doing this. Now that I have a decent flat bed trailer and only need to get a few tenon cutters with matching sized drill bits these type projects don’t seem too difficult. The first real thing I would have to build myself would be some sort of a jig to hold everything straight. Oh darn, I might have to fire up my welder for that…..

If anyone has done any of these type projects, please let me know. When I start on a build I will add my progress here.