I received an email notification that I felt I should pass along:

YAKIMA  State and federal wildlife-diagnostic centers have confirmed an outbreak of avian cholera near the Tri-Cities, where more than 1,200 dead ducks have been reported in the past week.

The disease was confirmed in dead ducks found near Burbank, Wash., and tested by the USGS National Wildlife Health Center and the Washington Animal Disease Diagnostic Lab. The birds tested negative for avian influenza, a different disease fatal to waterfowl and other birds.

Avian cholera is caused by the bacterium Pasteurella multocida and is one of the most common diseases among ducks, geese and other wild North American waterfowl, said Katie Haman, a wildlife veterinarian at the Washington Department of Fish and Wildlife (WDFW).

“Humans are not at a high risk for infection with the bacterial strain causing avian cholera, though infections in humans are possible,” Haman said. “We advise people to avoid handling sick or dead birds, and to report any they find.”

According to the USGS National Wildlife Health Center, the bacteria kill waterfowl swiftly, sometimes in as few as six to 12 hours after infection. Live bacteria released into the environment by dead and dying birds can subsequently infect healthy birds. Avian cholera is highly contagious and spreads rapidly through bird-to-bird contact, ingestion of food or water containing the bacteria, or scavenging of infected carcasses.

“As a result, avian cholera can spread quickly through a wetland and kill hundreds to thousands of birds in a single outbreak,” said Kyle Spragens, WDFW waterfowl manager. “The bacteria are hardy and can survive in water for several weeks and in soil for several months.”

WDFW and the U.S. Fish and Wildlife Service are working to minimize the spread of the disease through careful carcass collection and disposal to reduce the amount of bacteria in the environment.

Signs displayed by infected birds include lethargy, convulsions, swimming in circles, and erratic flight. They may also show mucous discharge from the mouth and nose, and soiling of the feathers around the vent, eyes, and bill.

Wildlife managers encourage waterfowl hunters in Walla Walla, Franklin, and Benton counties to clean and disinfect gear, such as waders and decoys to help minimize potential further spread of the bacteria.

A 10 percent bleach solution or warm soapy water can be used for disinfection. Leaving the gear in direct sunlight for several hours will also kill the bacteria. Waterfowl hunters are advised to use gloves when cleaning harvested birds, and if white spots are seen on the liver, err on the side of caution and discard the bird directly into a garbage bag.

Although bacteria from wild birds do not typically cause infections in mammals, dog owners should prevent contact between their pets and sick or dead birds encountered. Additionally, vehicles that have accumulated mud should be run through a commercial car wash. 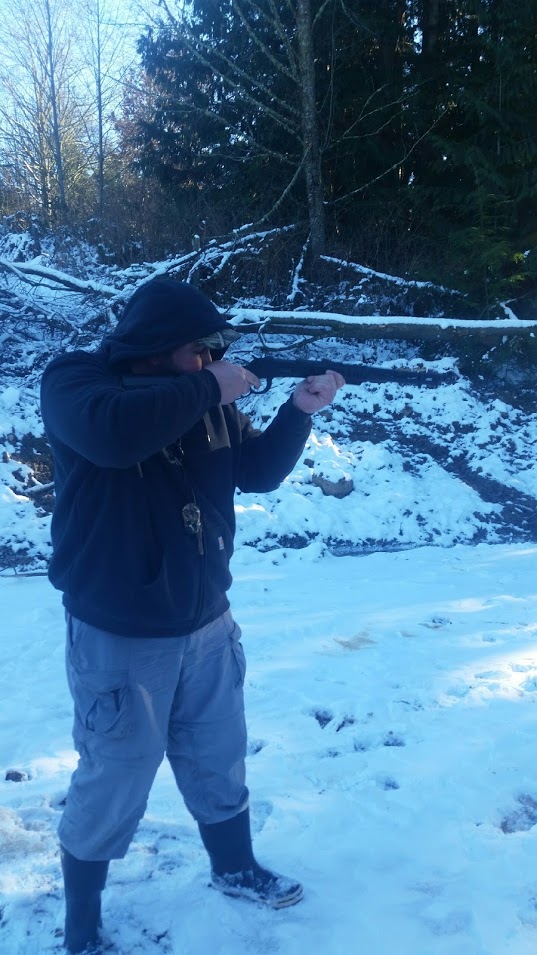