A couples of weeks ago we taught another NBEF Bowhunters Education Class. While other people were teaching, I took a few minutes to whip up a sheath for my friend’s son who was going to a summer camp. The camp was called “Ranger Camp” where they taught many different skills to include quite a few bushcraft techniques. So that the poor kid was not stuck with a plastic Mora classic sheath as well as giving him a chance to be one of the “cool kids,” I took some time to get his neck knife squared away.

The first thing I did was cut off the plastic belt loop off the stock sheath. I then wrapped the sheath in rawhide and sewed it together along the back so the original sheath became an insert/frame/internal structure. 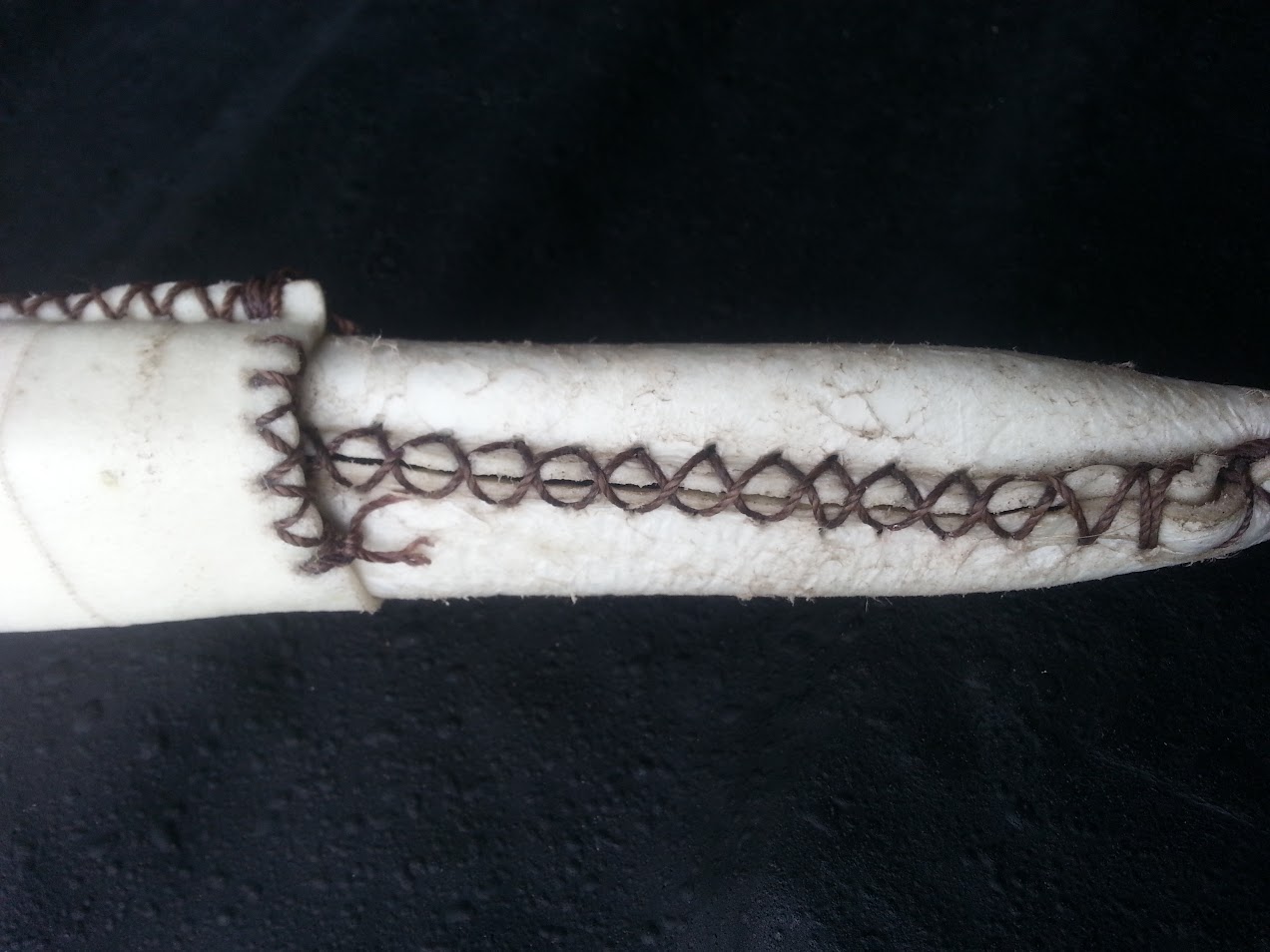 Sewn along the back of the Mora

Unfortunately the rawhide shifted quite a bit and was difficult to keep in place considering my work bench was nothing more than a couple catalogs and a bow case across my lap. I did get a good stitch on it and it dried quite nicely.

I then did an outer wrap that was to become the belt/strap loop and attachment for a firesteel. Since his firesteel was at home and I needed one to make a loop, I went downstairs and picked him up a Light My Fire. This one had an antler handle and was pretty nice looking so it went well with the rawhide sheath design. 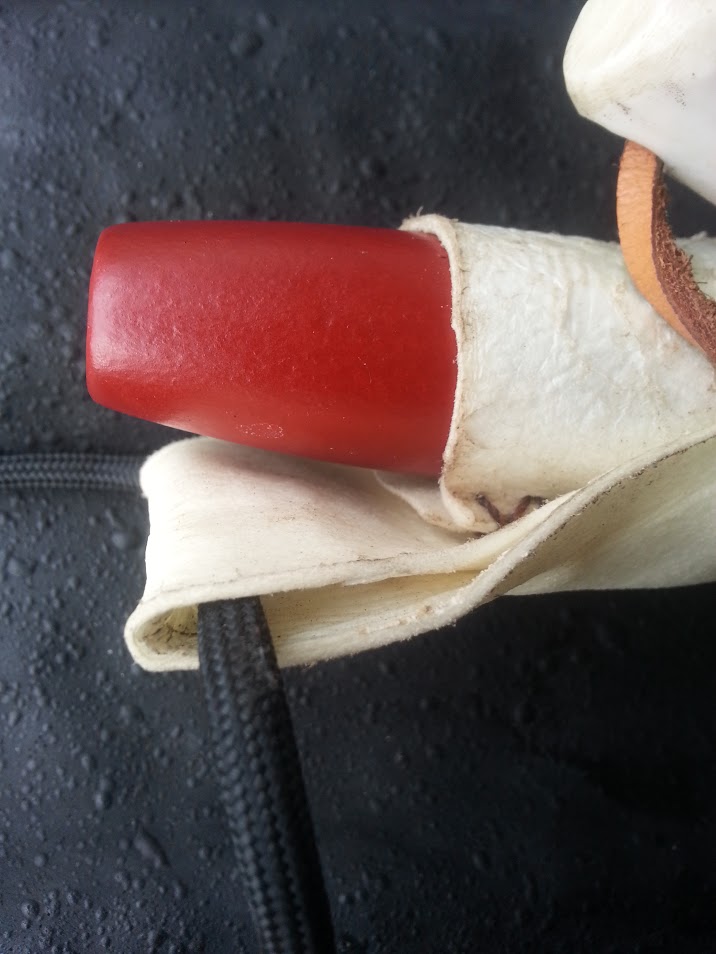 Here is the loop I did for the Light My Fire. I love how rawhide forms and hardens into shape. The way this loop formed perfectly to the firesteel made me quite happy. 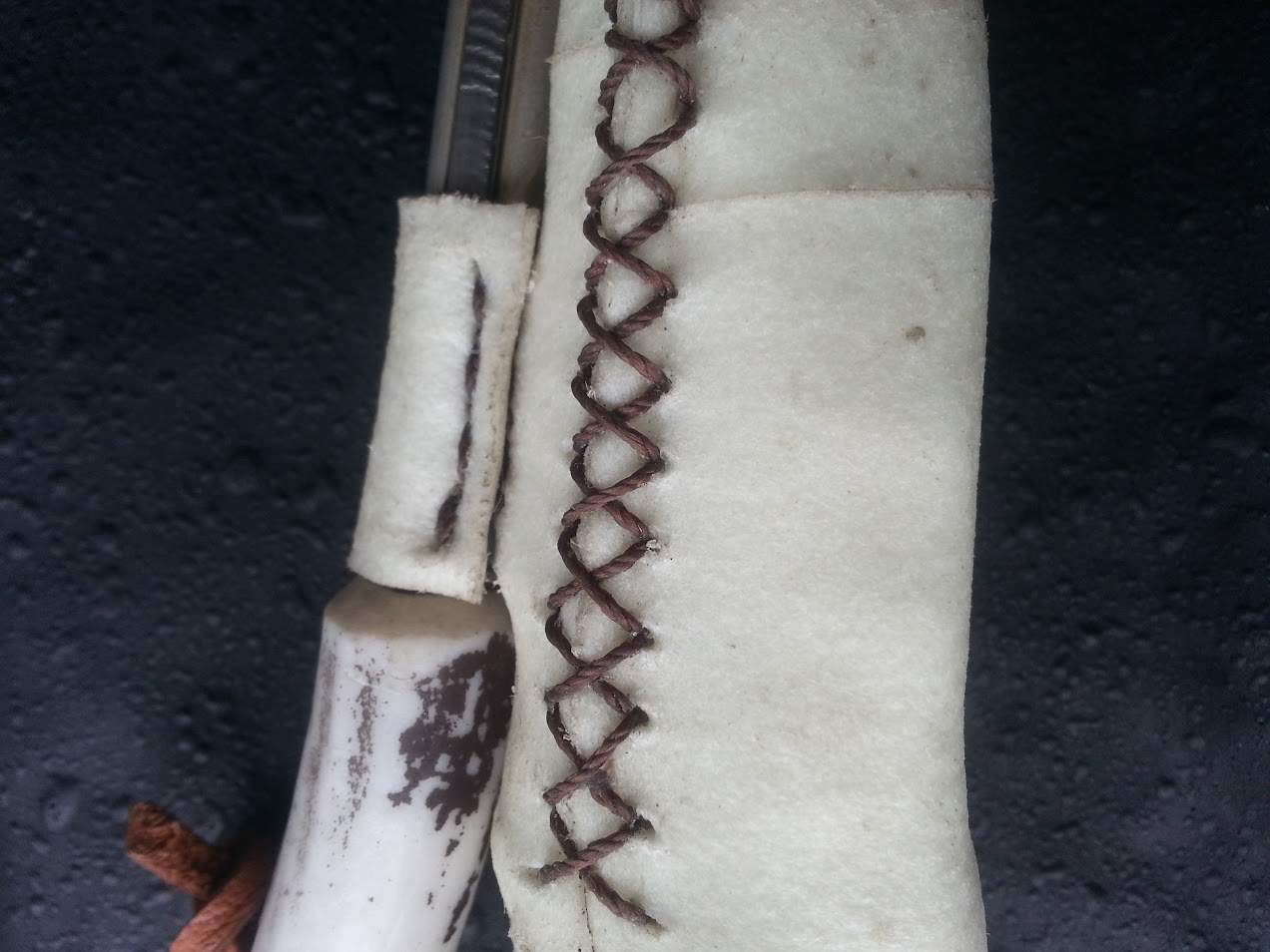 All said and done, Tristan was envied by the other kids and some of the instructors for having a nice sheath for his Mora. He is a good kid that does a whole lot for his brother and parents so I really hope he gets lots of good use and many years of enjoyment out of this sheath. He definitely deserves to have good things happen for him.

AND. In case you were wondering, he did have a great time at his “Ranger Camp.” They taught him firemaking, archery, shelters, how to cook over flame, and all sorts off fun skills that anyone spending time in the woods should know. You can definitely see that this time in the woods learning bushcraft skills really fired him up to learn and try more. It really brings big smiles to my face when I see that spark in his eye. 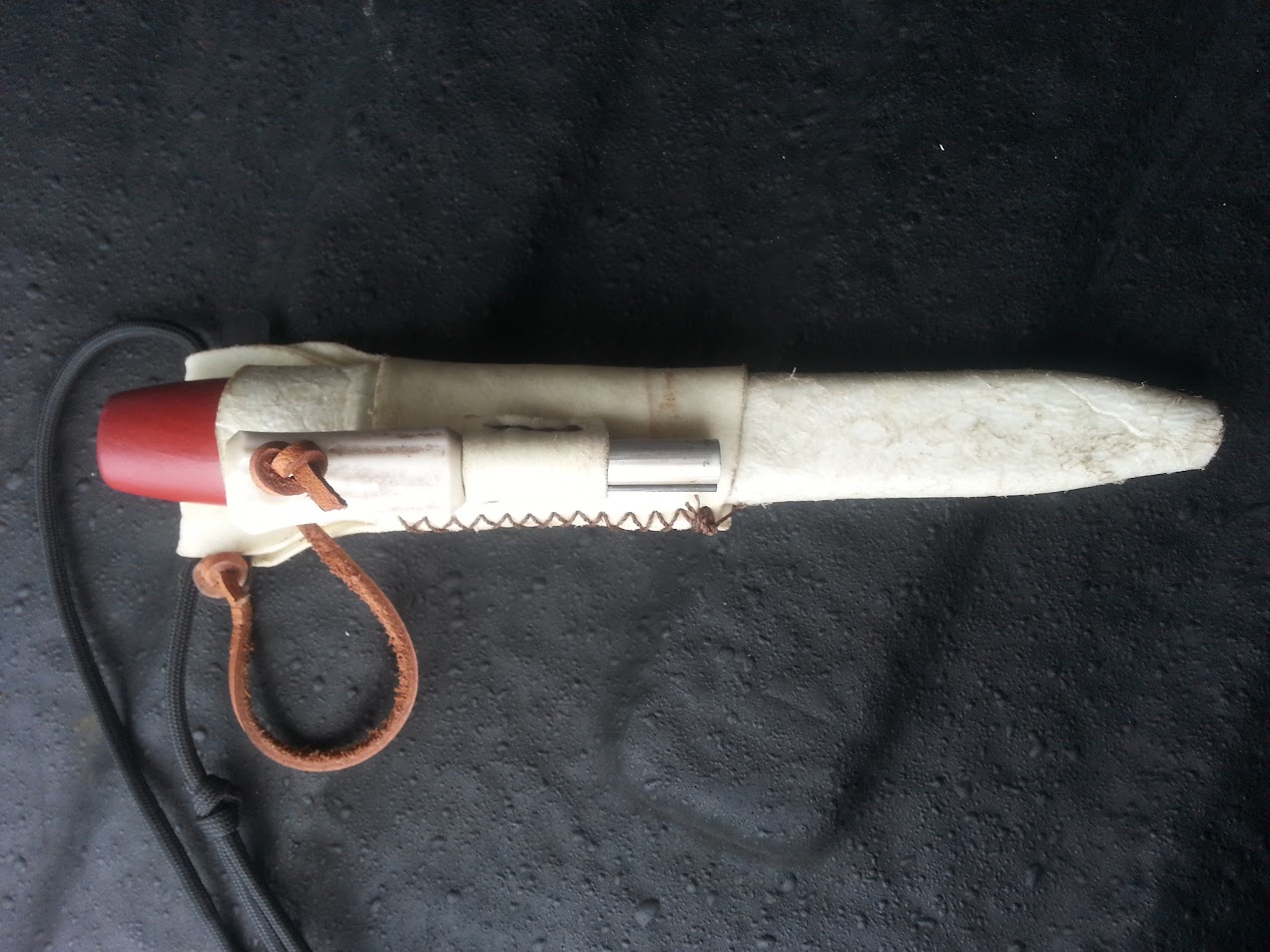 I am a big fan of custom knives. When I say, “big fan” I am talking about 6 of them and 3 others on order. My son has 2 that I bought him. Most customs cost around $350 on average, so I have made a substantial investment in cutting instruments. My distrust of production and dedication to custom knives has become so ingrained in my being that I actually have found myself giving a “meh” to everything but a Becker at Cabela’s the other day. That only got a “it’s ok.”

There does seem to be a couple exceptions to this whole custom knife kick I am on. One exception is my EESE’s. For whatever reason, I love these knives. They are simple, tough, and keep an edge like no other production knife I have seen EXCEPT my $15 knife. 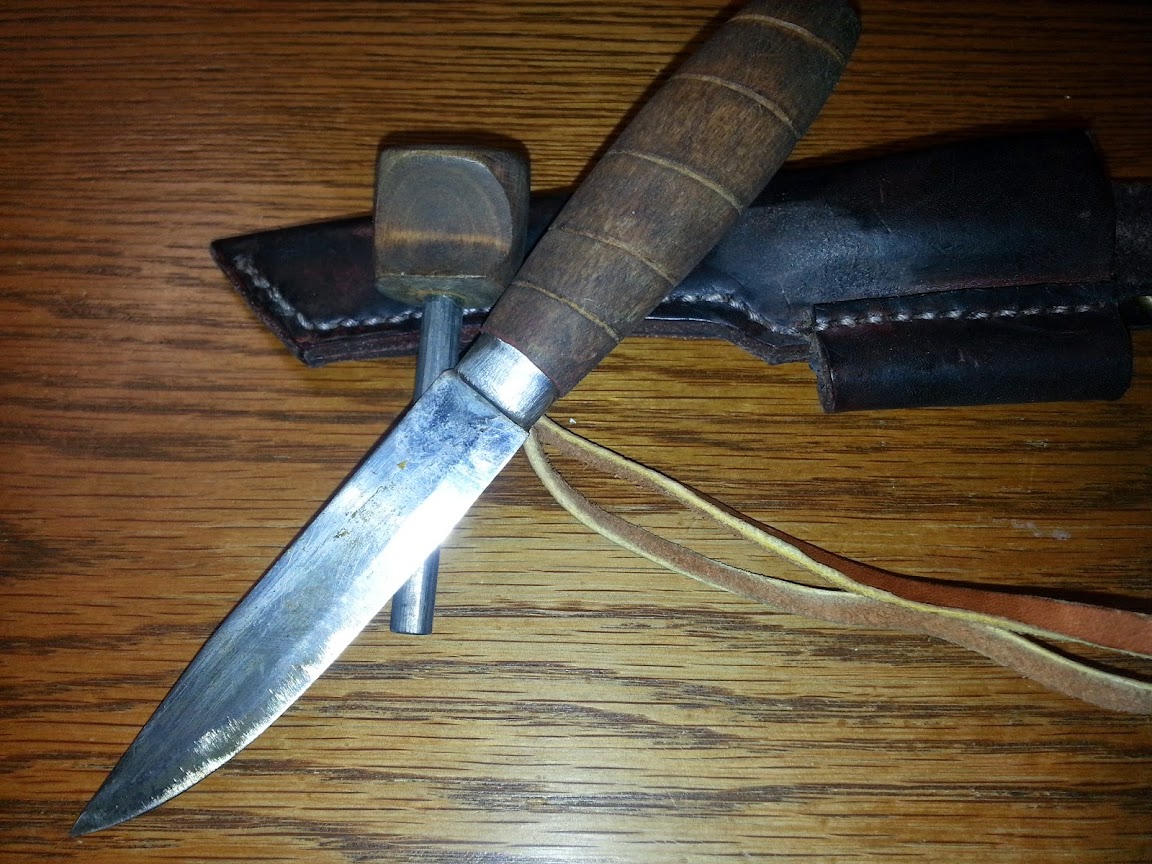 This old Mora Classic 2 has been used, abuse, sharpened with belts, new edge put on with a belt sander, dropped, kicked, drowned, and it still shaves hair with only a little bit of time on a strop or stone. This thing is amazing. If you look closely, you can see how bent the tang/handle are. It is much harder to see in pictures, but is painfully obvious when using this knife. Long story short is that I have used it so much for fuzz and feather sticks that I bent it a bit. 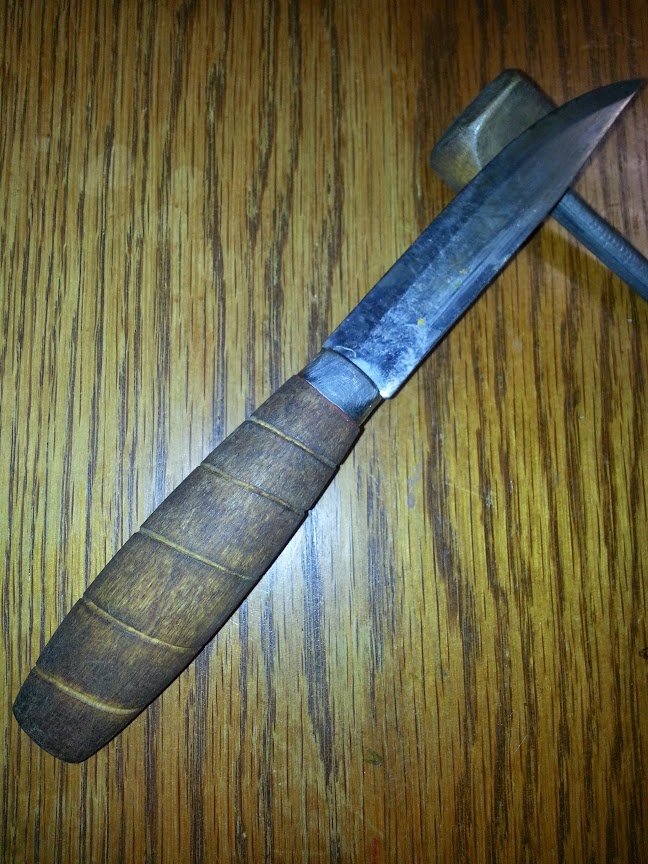 Now many of you have already discovered the sharp steel goodness of the Mora line of knives. This was one of my first and the only one from the “old days” that somehow survived. Some were gifted to friends and family. Many more just ended up lost. I did break one while trying to baton a very hard piece of cedar that was borderline fatwood. Here is the final surviver of all the torture dished out upon the batch of Moras I got years ago.

As you can see, this has been slightly modified. I sanded down the bubble of a handle that comes on it for two reasons. One was to mellow out the bubble and the other was to get rid of the red lacquer that covers the birch handle. 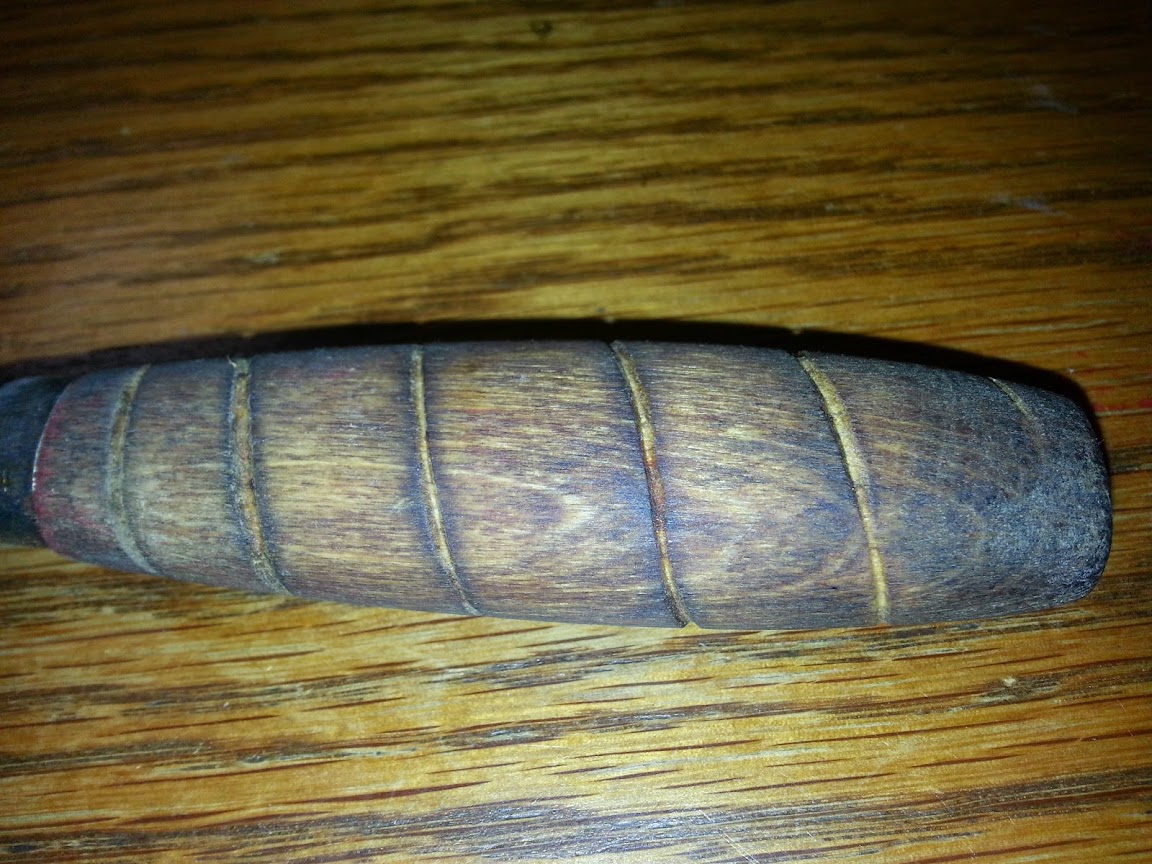 As noted by several people, this industrial strength coating stinks and is so injected into the wood that there is NO way that it could be anything but harmful to your health. The worst part is that it gets REALLY slick and slimy after living in the PNW’s squishy environment. To help make it less “hazmat on a stick” I sanded the lacquer off and carved in a corkscrew type groove around the entire handle. I found that this made a HUGE difference in making the handle more PNW friendly.

I also had to make a modification to the spine of the blade. 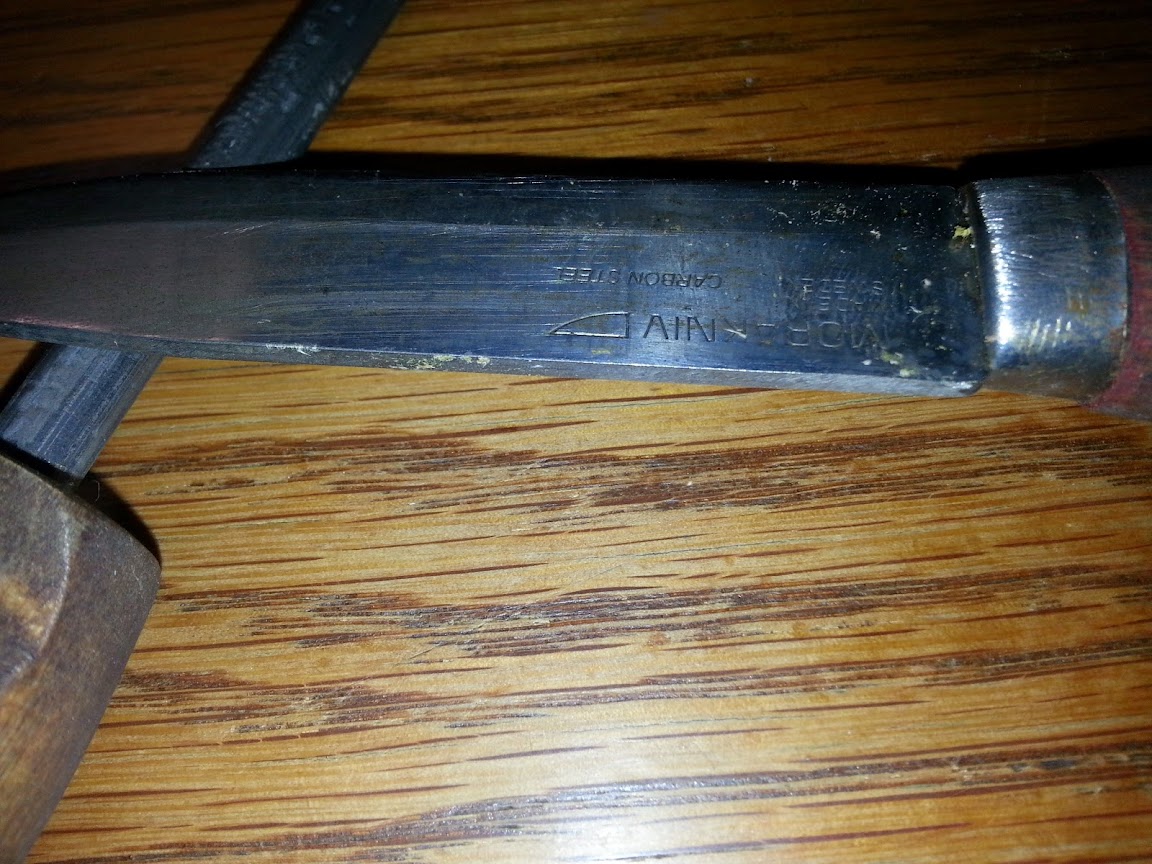 So that I could use the spine of the blade to strike a firesteel, I squared off the back really well with a file. The lightly discolored area between the handle and the “dirt patina” as I call it gets the most use against a firesteel. I have actually used it so much that it is in need of a bit more squaring off and the edges have rounded out a bit.

My last modification to this knife was more for me than the knife. I built myself a sheath and made a matching firesteel. When you get your Mora it does come with a plastic sheath. Mine broke in less than 24 hours during its first camping trip. I also lost a couple knives because it fell out of the original sheath. My suggestion is to make something better immediately after getting your knife. The sheath I made has been waxed and Liquid Wrench is squirted inside the sheath to help keep the blade from rusting. This is very important here in the PNW. It gets so wet over the winter that anything you have used in the field will rust and keep on rusting. By heavily waxing the sheath and squirting oil into it very once in a while you knife will not be as apt to rust. 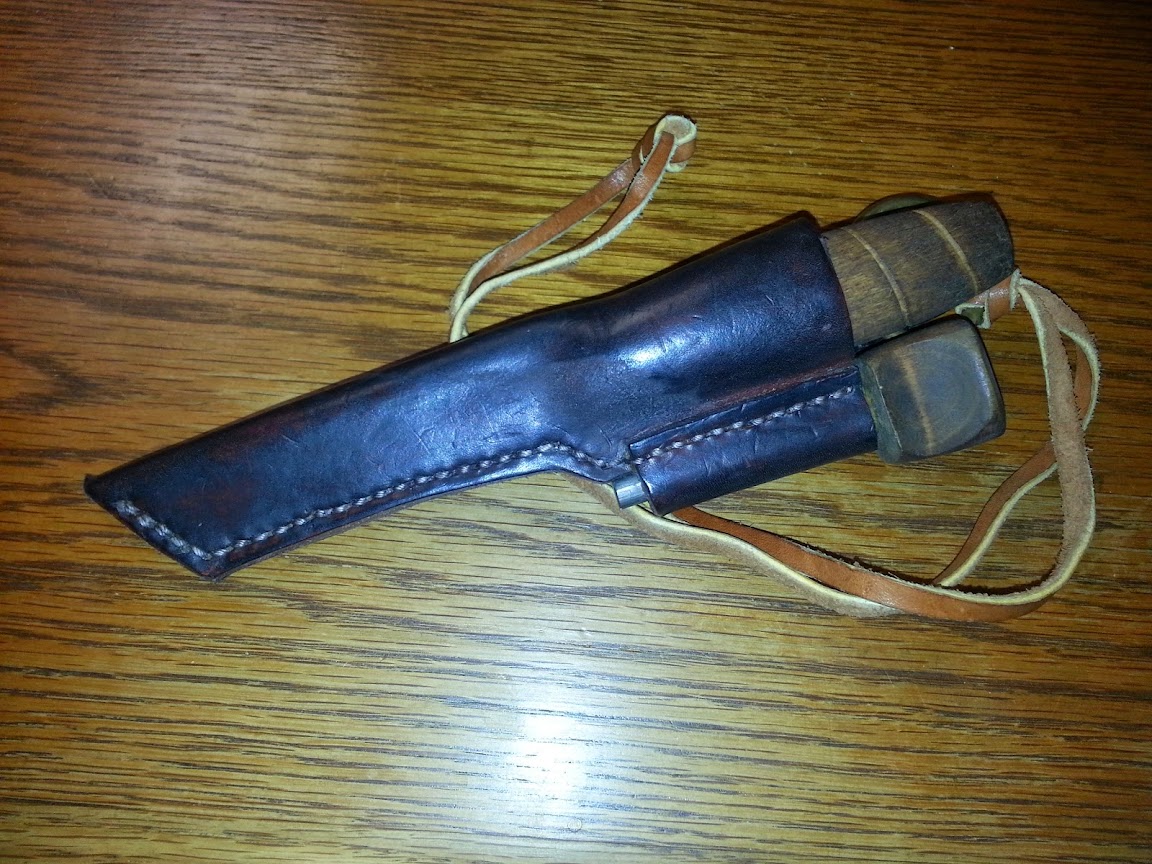 This $15 knife I ordered online has been a great knife for many years. Be aware of the following things that I have mentioned previously:

Other than that, this knife is solid and will last you for years. Enjoy!!!! 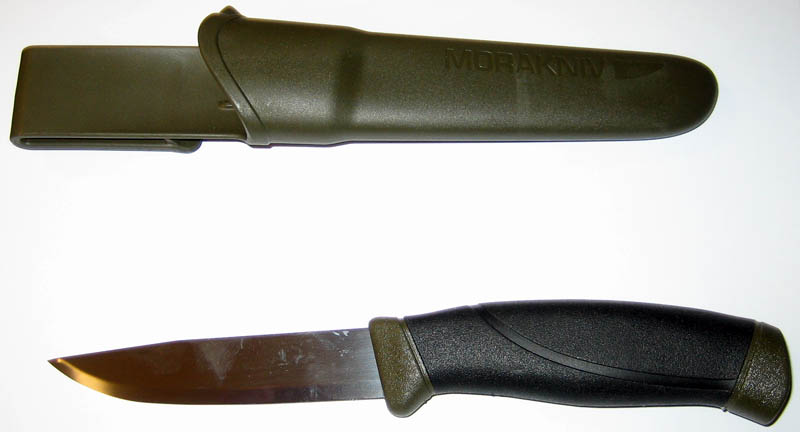