Cooking wild meat seems to be one of the many questions that I get on a regular basis. For some reason people don’t know that much about cooking game animals. It might be due to a drastic decrease in the amount of hunters. Maybe it is due to the decrease in the amount of people that can actually cook something that didn’t come in cellophane. No matter what the underlying cause, I hope these tips might help any of you out that are fuzzy on how to prepare and cook game.

Before I start I want to toss out this disclaimer: I am not a chef. I am also not a food preparation or cooking expert. I am just a slightly overweight guy that loves food and has been cooking for himself since he was a teenager. Since I grew up very rural and lived off a lot of wild game, I had to learn how to prepare it where nonhunters would eat it. This is not an easy task, but I have now gotten to the point where some of my preparations have wild game that is almost 100% undetectable to the common city dweller..

This list is not all inclusive, but will give you a little bit of a foundation from which to work from. As times goes on I will include some recipes and meal preparation ideas to assist you in creating some great meals.

The first item I will address is the common response when talking about wild game: “It just tastes too gamy.” This “gamy” taste is usually connected with meat that was not properly cleaned and drained of blood. Although old timers tend to like the flavor that wild meat tends to have, the average grocery grazer has no interest in anything that tastes out of what they consider normal. To keep this taste from overwhelming your dishes you need to follow the following steps.

Several of these tips are associated with grilling or hot smoking. Others are in reference to stewing.

Watching the juice accumulation on the meat is very important. This tells you where in the thickness of meat that the cooking process has reached. As more and more juice accumulates on the top side of the cut, the closer to the center of the cut is cooked. For example:

These guidelines work great for cooking over open flame or frying, but things change a bit when you are going to stew out a critter. When you are making a stew or doing a “critter” with noodles type dinner it is important to keep an eye on the cooking process. You really need to make sure that the meat is really coming off the bone and the striations are separating with ease. Image that point with chili steak that allows you use a potato masher, but the meat doesn’t turn to mush. It is the perfect “pulled pork” spot. That is what you are looking for. Each section of meat coming off the bone stays together, but can easily be pulled apart. For whatever reason wild game tends to become more like a clam when over cooked in a stew and less like beef or chicken. There is a “perfect” spot, but if you leave it too long it doesn’t make it more tender. It shrivels and the texture becomes odd.

Lastly, a lot of the “drippins” that are used for gravy contain much of the gamy flavor that turns people off. If you can drain some of the juices and dilute it with some beef broth people will like it more.

Those are my main wild critter cooking tips. I will keep referring to them as I add recipes. Hope this helped!!!!

Especially during the spring and fall months, I tend to spend a lot of time in my garage making things. Here is one of my creations that didn’t take that much to build, but is VERY useful when out bushcrafting/camping. It is a takedown grill that also turns into a pot holder for use over your campfire.

Here is a good look at my contraption: 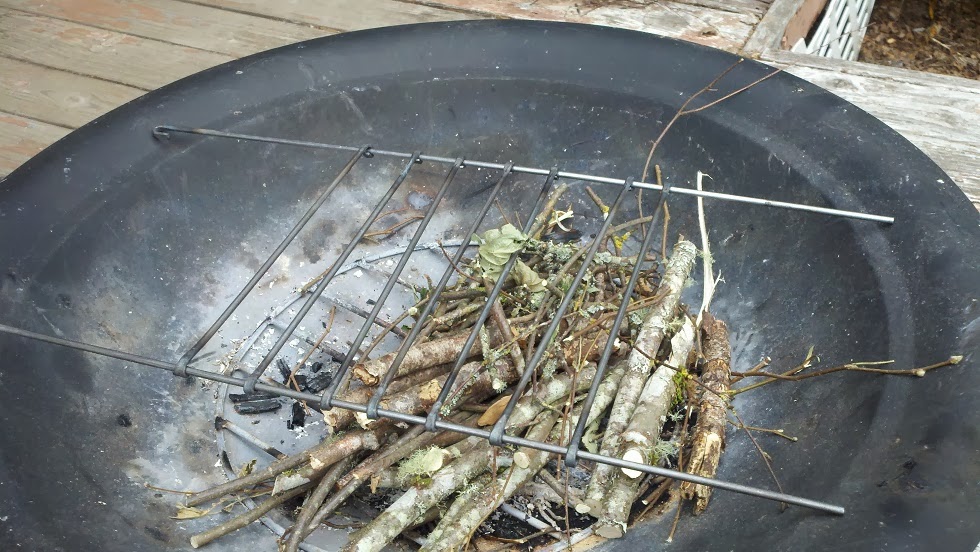 As you can see from the picture, I made loops at the end of each of the cross pieces as well as a loop and hook on the end of the longer side pieces. This allows me to adjust the spacing, location or even take the entire thing apart for transport.

Here is a picture of it for use with a pot: Hooked at the end to hold a pot

This is how it looks with a tea pot on it: 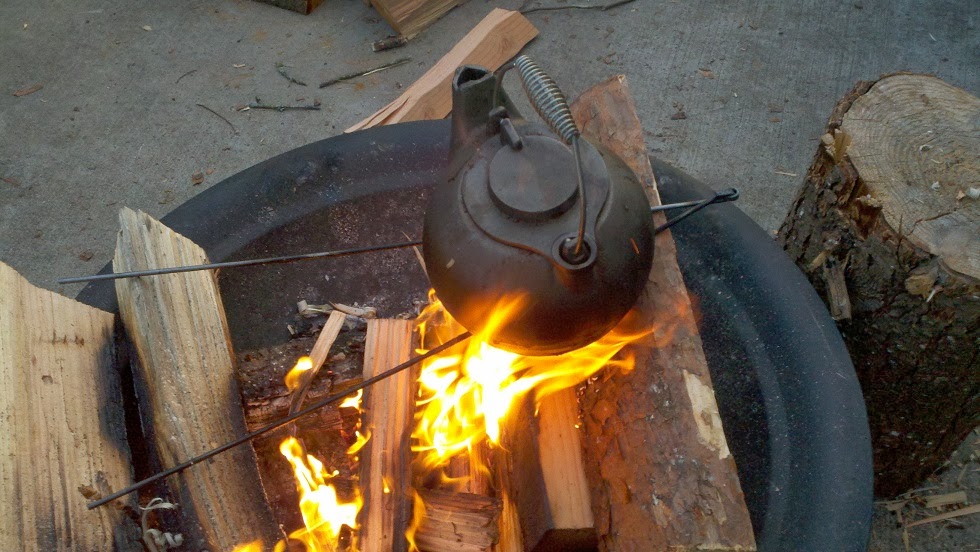 As a grill, it works quite well. I have used it to a large degree as a way to cook steaks and brauts, but I am sure it will work for any number of things you could cook on a grill. Here is a good picture of how it looks cooking some nice slabs of steak. 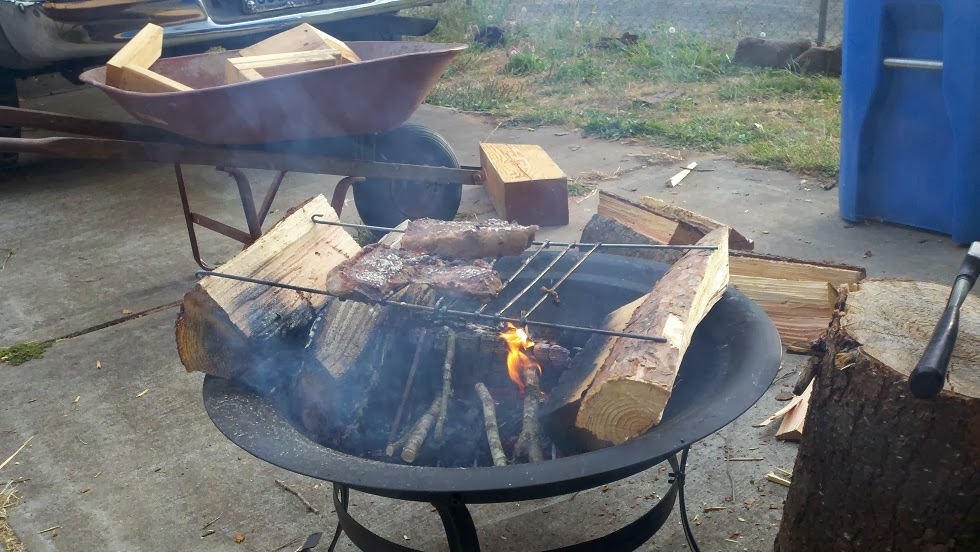 To make this, I just fired up a blow torch and bent the ends of the round stock metal into the desired shape. All told, I think I have less than an hour in the whole thing. This includes cutting my transport/carrier.

For transport, I actually carry it in a PVC pipe with caps that I just tie onto the side of my pack. I did this for transport so that I didn’t have to even clean the grill before I put it away. I could just burn off the extra food that was stuck onto it and then just slide it into the pipe after it cooled off.

Remember that anything you can think of as possibly useful in the bush can probably be fabricated in your garage. Just take some time and play around to see what you can come up with. All told, I love this little grill and wonder all the time as to why I didn’t build one earlier in my life. It would have saved me a lot of hassle with the Weber replacement grills that I used to carry. 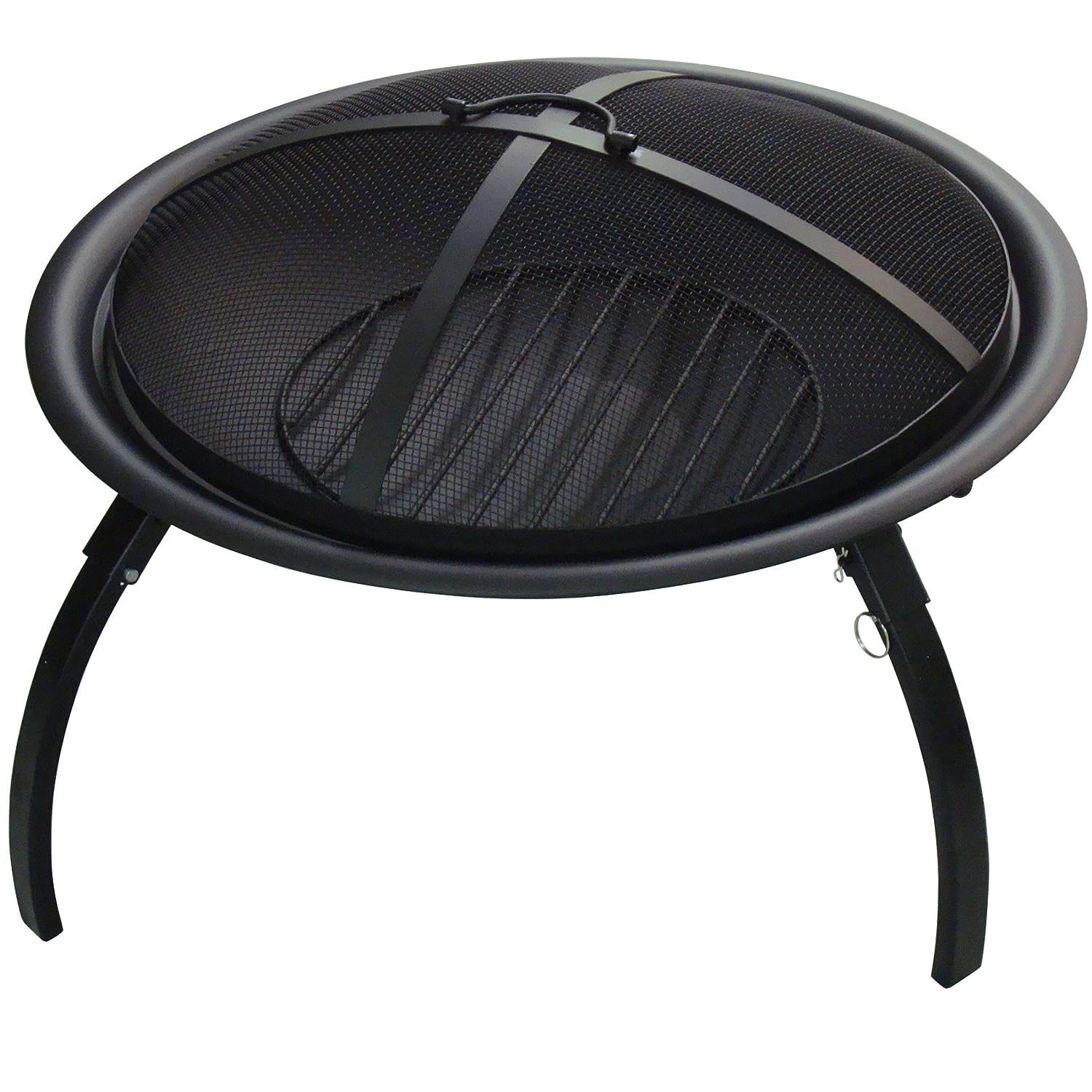 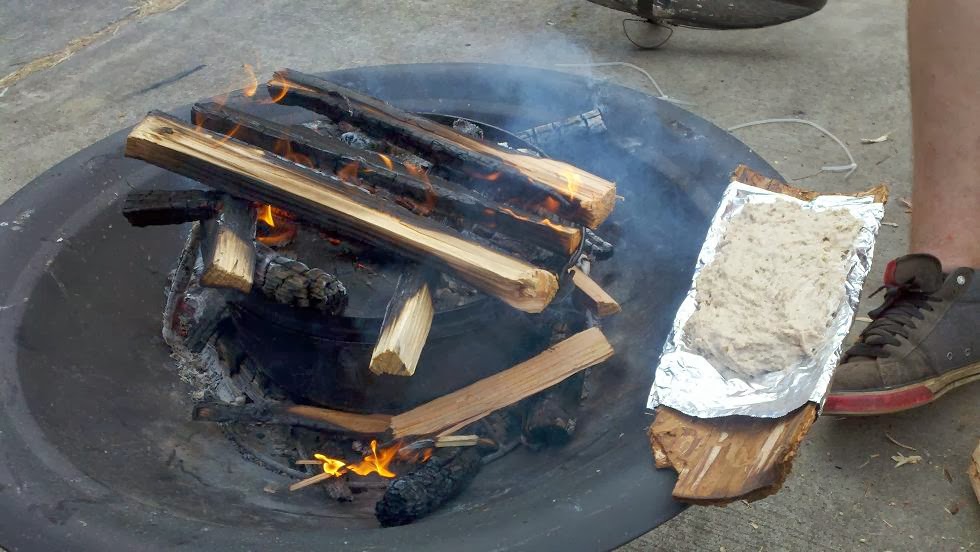 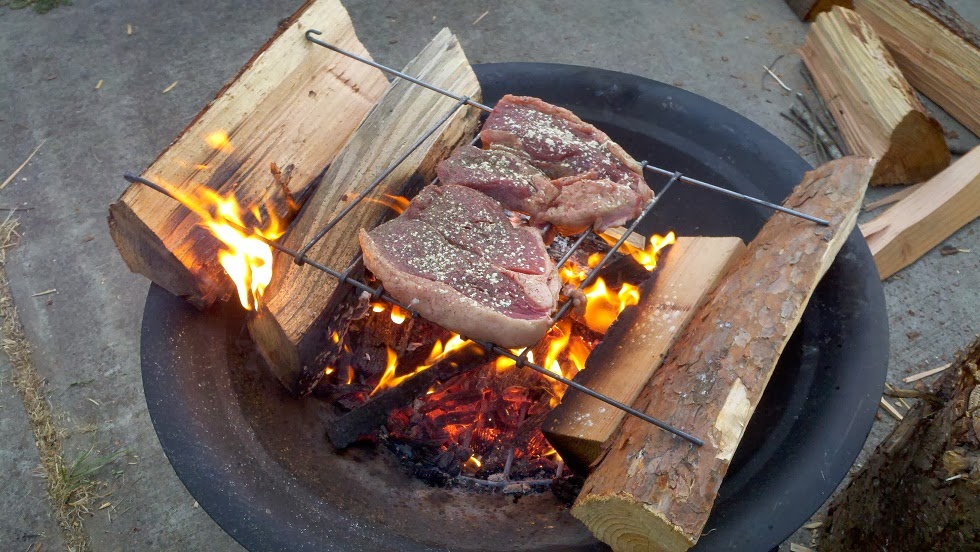 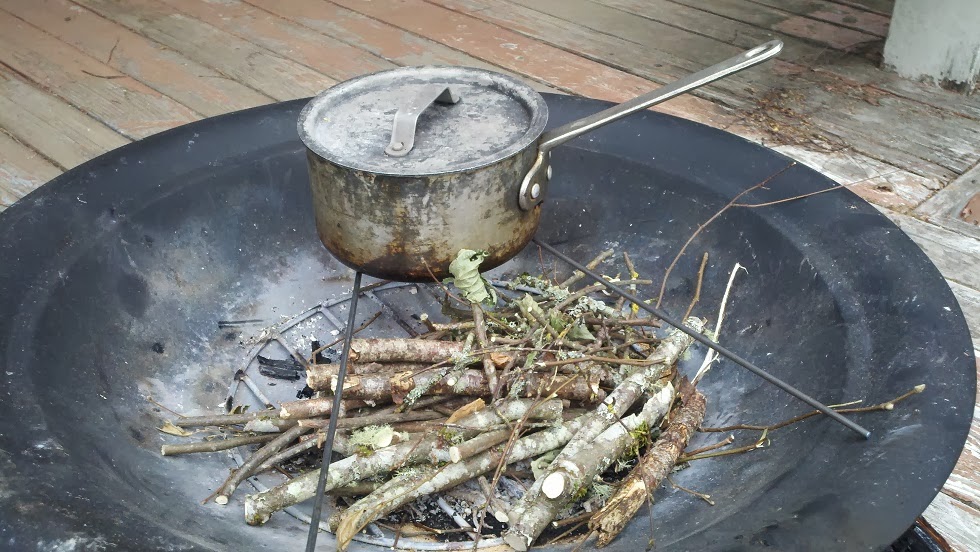