Being a complete gear freak has its benefits at times. I ran into a phenomenal piece of gear that I feel needs a post. During an outing with several BushcraftUSA members, I saw the absolute best firesteel I have ever seen. One of the people there works for a company that builds and sells the H60. It is absolutely incredible.

Let me start off by telling you a bit about the H60 itself. Here is a picture of what they look like. 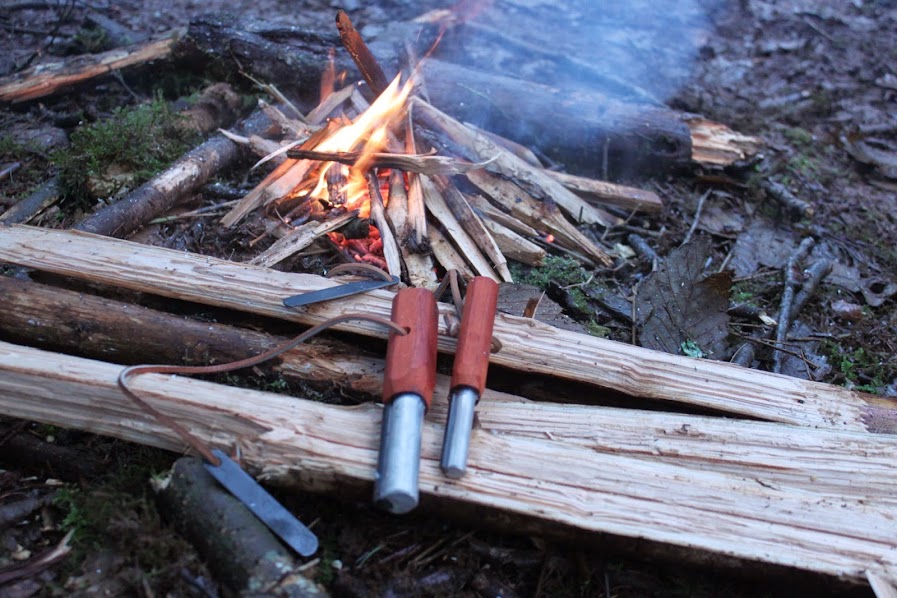 They have a magnesium rod on one side and a normal ferro rod on the other. The handle is made from wood and it includes a striker that is attached via a leather lanyard. What makes this firesteel special are really two things:

Here is another picture of the H60 with an Izula-II for size comparison. 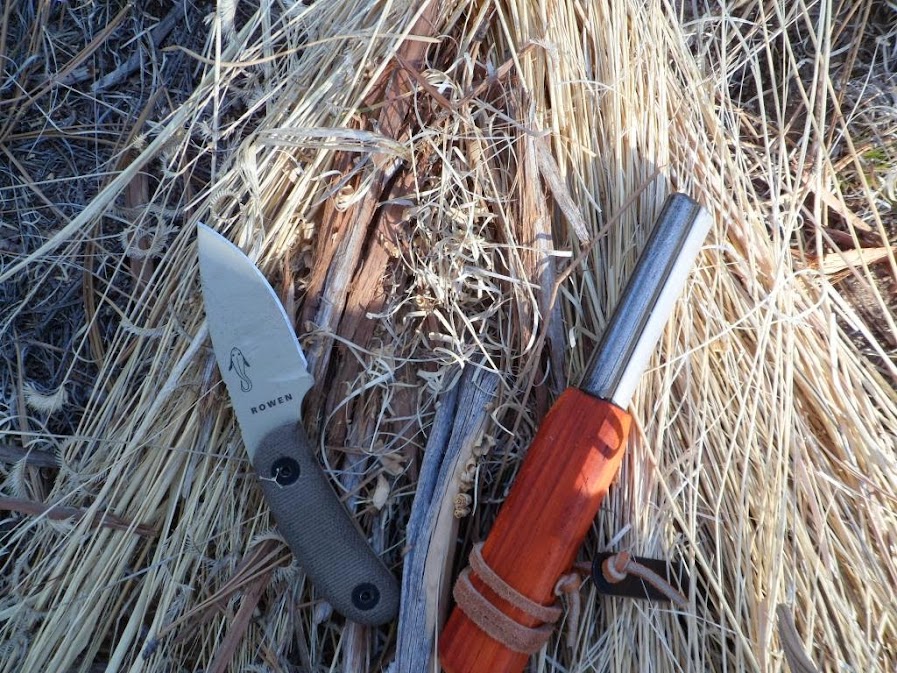 As you can see, it is fairly large. This design gives you ample amounts of magnesium and wood to use to get a flame going. I have taken the H60 and shaved off the magnesium and wood handle into a twig bundle (Apache match) and ignite the entire bundle with a single strike of the ferro rod. This thing throws sparks like a fiend.

Since I couldn’t catch a good picture of the actual rod sparking, I had to grab a bunch of other people’s pictures for this post. Here is a SMALL set of sparks that the H60 throws. 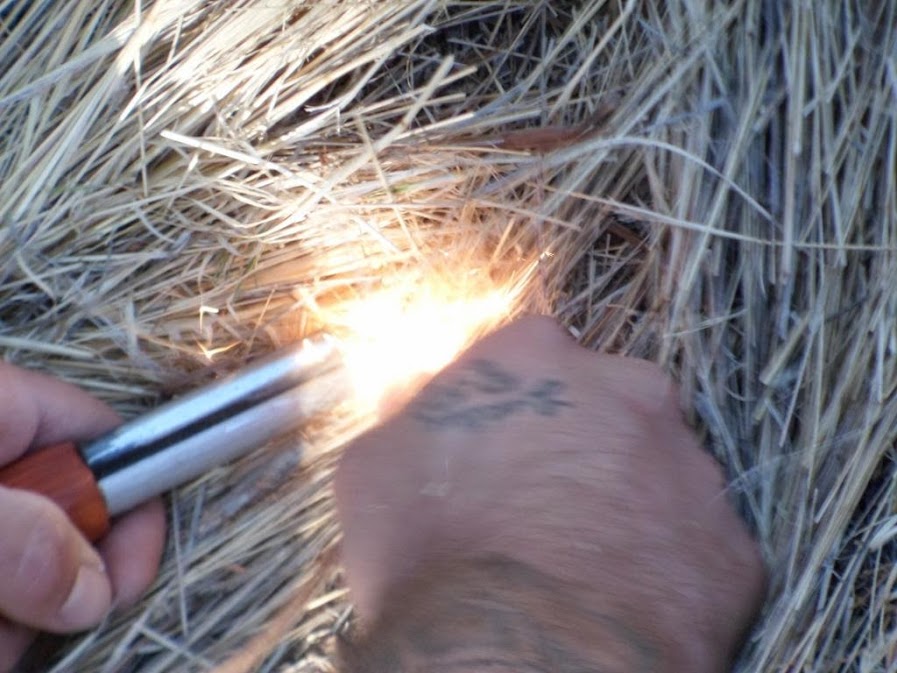 The guy who sells these had his son running around playing with one. The son was able to strike the ferro rod and throw a spark, NO JOKE, 10 feet. The two of them were running around throwing sparks at each other like it was a water fight. The distances that these sparks were going was simply amazing.

When I heard about the lifetime warranty on this piece of gear, I quickly purchased one. The H60 has a LIFETIME warranty. This includes the following:

I have slowly gotten away from using a firesteel because I have gone through so many of them in the past. They wear down fairly quickly during my camping season and thus I picked up using flint and steel. I can find new flint/chert with relative ease and the steel strikers last forever it seems. Now that I discovered the H60, I have a great piece of gear that I can use when I feel extremely lazy and don’t want to blow an ember into flame.

The H60’s run around the $25 range and can be purchased through this link here. If you do end up getting one, please let him know that you found the information on this site. I won’t get anything for it, but it will at least let him know that people do love his product.

One thought on “The H60 Firestarter”