Yesterday I got a chance to take out my Noreen ULR .50 BMG and sight it in after swapping back out of the 20 MOA rail. This was the first time I really got to realize the accuracy of this rifle. The 20 MOA rail had me hitting so far above the target at 200 yards that it was really impossible to sight in. Before I get comments, I will mention that even bottomed out on the elevation and using the furthest mark on the reticle, I was still having to Kentucky windage my shots. It now is sporting the original 0 MOA rail. When I get really into distance shooting I will swap back out and get i zeroed at 500/600 yards as the rail seems to dictate…..

Since it was a beautiful day, I had some great company and I was off work for the week, I took off to the hills with about $200 worth of ammunition and a bunch of targets. The only problem that I did have was the same issue I am well known for……  Camera…. 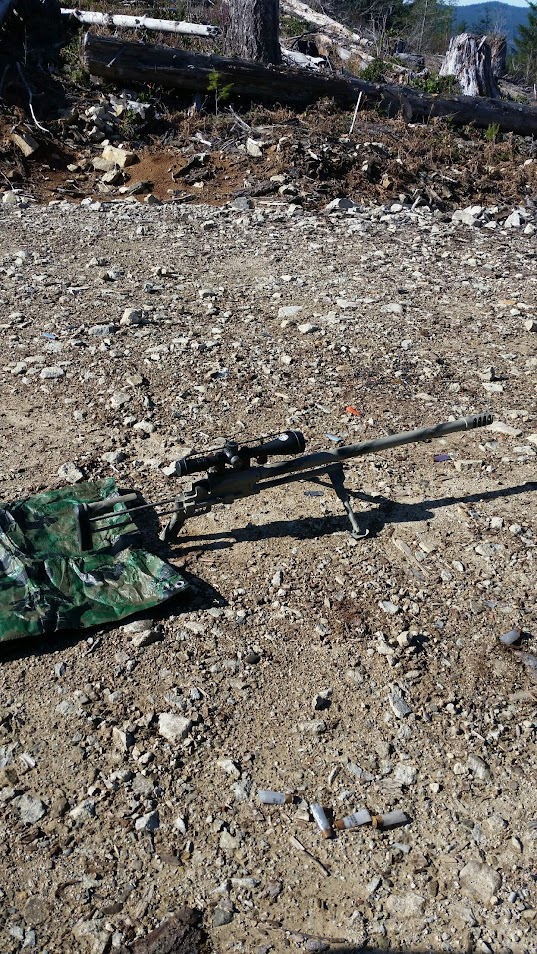 To start off I measured out a distance of 28 yards and set up a target. Once I was on paper at this range, I moved over to my other target set at about 225 yards. Here is the one picture I got of the target as I was sighting it in. The two low ones were as I was adjusting elevation. 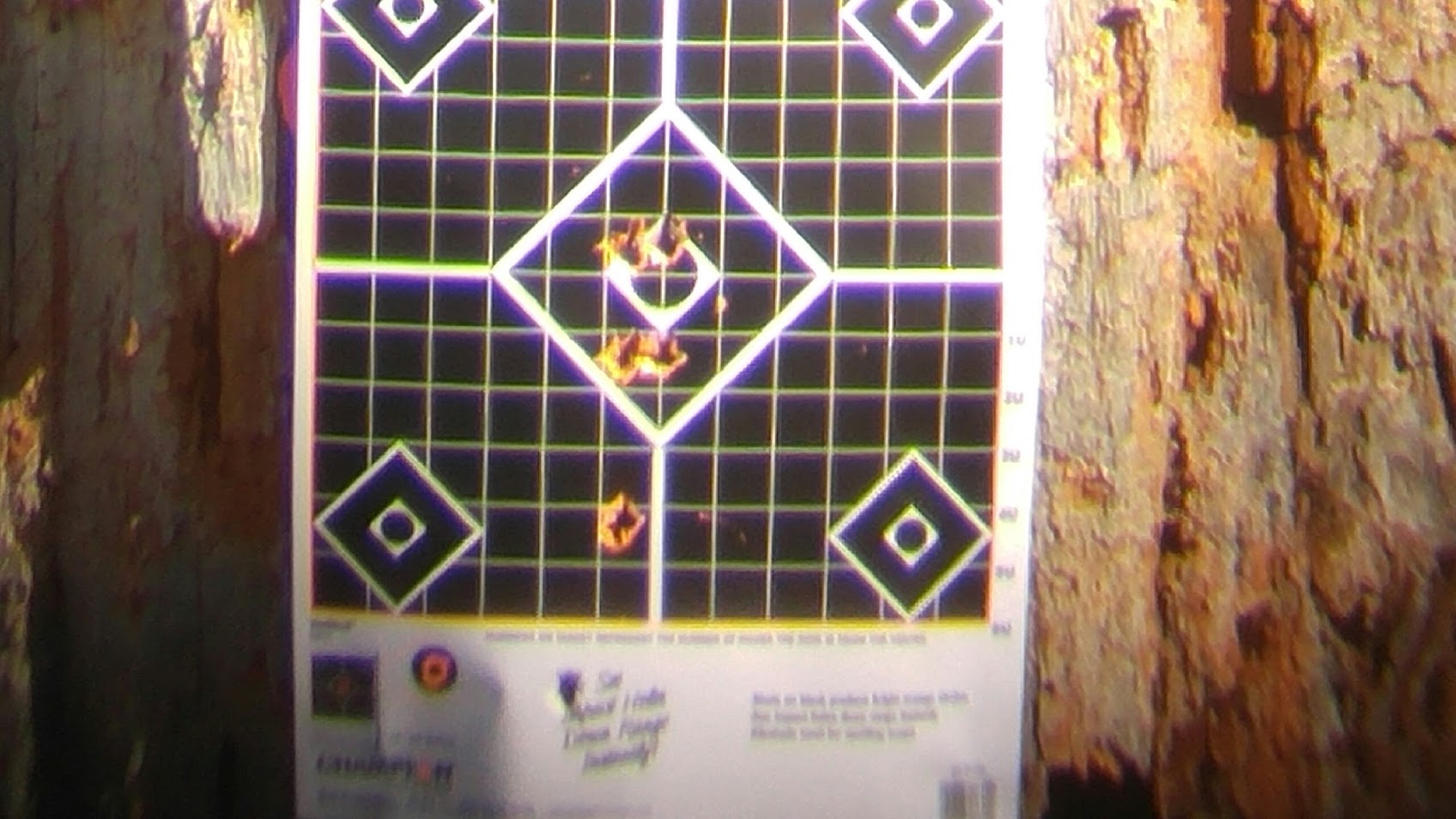 Sighting in at 225 yards

As you can see, the rifle is quite accurate. The first shot I took after getting on paper at 28 yards was the hole in the white. I adjusted a touch to get on paper and really see what was going on to get the next hole up. I then set my adjustments at did the next two holes. The windage variance is due to one click right on both groups. The wind stopped so I went back left by one click to see if the wind was blowing the bullet any. This is why I have the similar two holes just above the bull.

Unfortunately, my camera guy ended up deleting all the following groups from his phone. My wife only took pictures of us firing and not the target, so this is what I have of how well we shot. I can only say that this bad boy will cut holes and is minute of beer can at 225 yards.

Another interesting thing to note about this setup is that this rifle really has no felt recoil. The springs for the stock are incredible and a lot of recoil is diminished by the compensator and heavy barrel. This is one of those rifles that you can shoot all day without your shoulder getting sore.

The only thing that I discovered about this rifle that could be considered a bad thing is that the cheap American Eagle ammo I was using requires you to lube it before you shoot it. I am not sure if I somehow didn’t clean it enough last time or it somehow it just decided to hold onto the rounds more today. If you did not use some sort of oil, the empty case seemed to stick. It was bad enough that I had to use a stick to beat the bolt handle so I could get the empty extracted on two occasions. After I sprayed the cartridges with RemOil I had no issue. The RemOil is what I had on hand so it got used.

I have quite a few firearms and between all the guns that my family owns, we really have quite the arsenal. The reality is that this rifle is the most pleasant, accurate and most fun to shoot firearm that I have ever had the pleasure of firing let alone owning. Noreen, I applaud you and am a big fan. This monster would be worth every penny at twice the price.