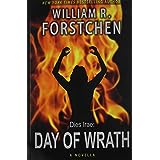 I read “One Second After” by William R. Forstchen a couple of months ago. I believe it is one the best post-apocalyptic novels ever written. Since reading the novel I have suggested the book to several people who have read it and enjoyed it immensely. If this novel doesn’t shake you to your emotional core you may be living in a state of blissful denial. The author tells the story of a group of people living in a small town in western North Carolina whose lives are forever altered one afternoon by three nuclear warhead explosions high above the atmosphere.

This isn’t your average post-nuclear war novel. The townspeople don’t even realize anything unusual has happened. Then they notice the power is out all over town. None of their cars will start, except some older vintage models from the pre-80s era. None of their electronic devices work. All communications have been cut off. The nuclear explosions have generated an electromagnetic pulse (EMP) that has taken out the country’s power grid and fried every electronic component from coast to coast. The novel chronicles the lives of the townspeople as they slowly succumb to starvation, disease, and anarchy while trying to maintain some semblance of normal life. The author pulls no punches in describing the physical suffering and emotional trauma experienced by the townspeople as they battle to stay alive.

Why should this book bother anyone? Because every scientific fact upon which the story is based is accurate. The events depicted in “One Second After” are not only possible, they are highly probable given what the experts know about the crippling effects of a nuclear bomb generated EMP on the country’s infrastructure.