I spent 3 great days in Yakima last month taking Magpul’s Dynamic Carbine 1 course taught by Jon Canipe and Caylen Wojcik. It was the ammo panic that made it possible, some students cancelled making room for those of us who contacted Magpul later. Magpul asked us to fill out some non-disclosure and other information forms that had to be submitted along with the proof of citizenship etc. docs about 3 months prior the class. After a few weeks I finally heard back from Magpul, but with the good news: they accepted my friend and I to the class and we were offered the required count (1250 rounds) of 5.56 ammo at $7 per box of 20.

The class took place at the range on Sun Targets road about 20 minutes from Yakima. The weather was quite warm and during the day progressively got warmer (60F in the morning to about 75F during the day). After a brief introduction the instructors reminded to us about the ITAR and said that the regulations are enforced more and more now, with some heavy charges for stuff like sending a plastic stock to Norway.

Without going into too many details, I can say that the way the course is taught has changed dramatically since Chris Costa and Travis Haley left Magpul Dynamics. Lots of stuff is thrown out and things have been simplified. Jon Canipe’s (our main carbine instructor) style of explaining and teaching stuff was precise and to the point, without any military hardcore yelling and suited everyone, except to one female student who joked about multiple repetitions of the f word. Caylen Wojcik, who teaches Precision Rifle and DMR classes, added a lot of interesting info on using carbines at longer distances. We successfully engaged a 12” plate at 450 yards located on a steep hill with non-magnified red dot sights. Both instructors, were super attentive and addressed course related questions in-depth offering their enormous knowledge.

At the end of each day, instructors ran a small competition that combined all the skills learned during that day. A friend of mine won the 1st day’s timed rifle shooting string from 3 positions: standing, kneeling and prone and got a new STR stock as a prize. I won the 2nd day’s timed competition drill (those IDPA drills helped a lot): 3 man size targets had to be engaged at the center of mass circle, any shots outside automatically meant disqualification. The twist was we had to use 3 mags with 5 rounds each, shooting the 1st target 1 time, the 2nd target 2 times, 3rd 3 times, again the 2th target 4 times and finally the 1st target 5 times. The prize included the STR stock and M3 sling (both Magpul products). The 3rd day’s mini competition was the most impressive one: 20 rounds on metal plate targets at various distances, whoever shoots them with least number of rounds wins. Jon himself showed it first. He used an Aimpoint T1 optic sight and engaged all 5 targets in a fast sequence with 1st round hits! That was very impressive, because he shot the same ammo as we did (55gr) and but didn’t practice with us that day. The competition was won by one of the students who took Caylen’s Precision Rifle class. With wind gusts up to 10mph that student repeated almost identically what Jon did just 5 minutes before and got a bunch of new model PMAGs an MS3 sling.

I’m still digesting tons of information we were taught and resting as 10 hour days in the hills of Yakima is not something I usually do on a regular basis. I definitely recommend this class and other ones to anyone who wants to learn AR fundamentals, push their skills to a new level or just simply refresh the existing ones. The Designated Marksman Rifle and Precision Rifle courses are on my list now.

Here are a few pictures:
Jon is teaching engagements from behind a barricade, notice his “space” gun with the new slim profile Magpul BUIS: 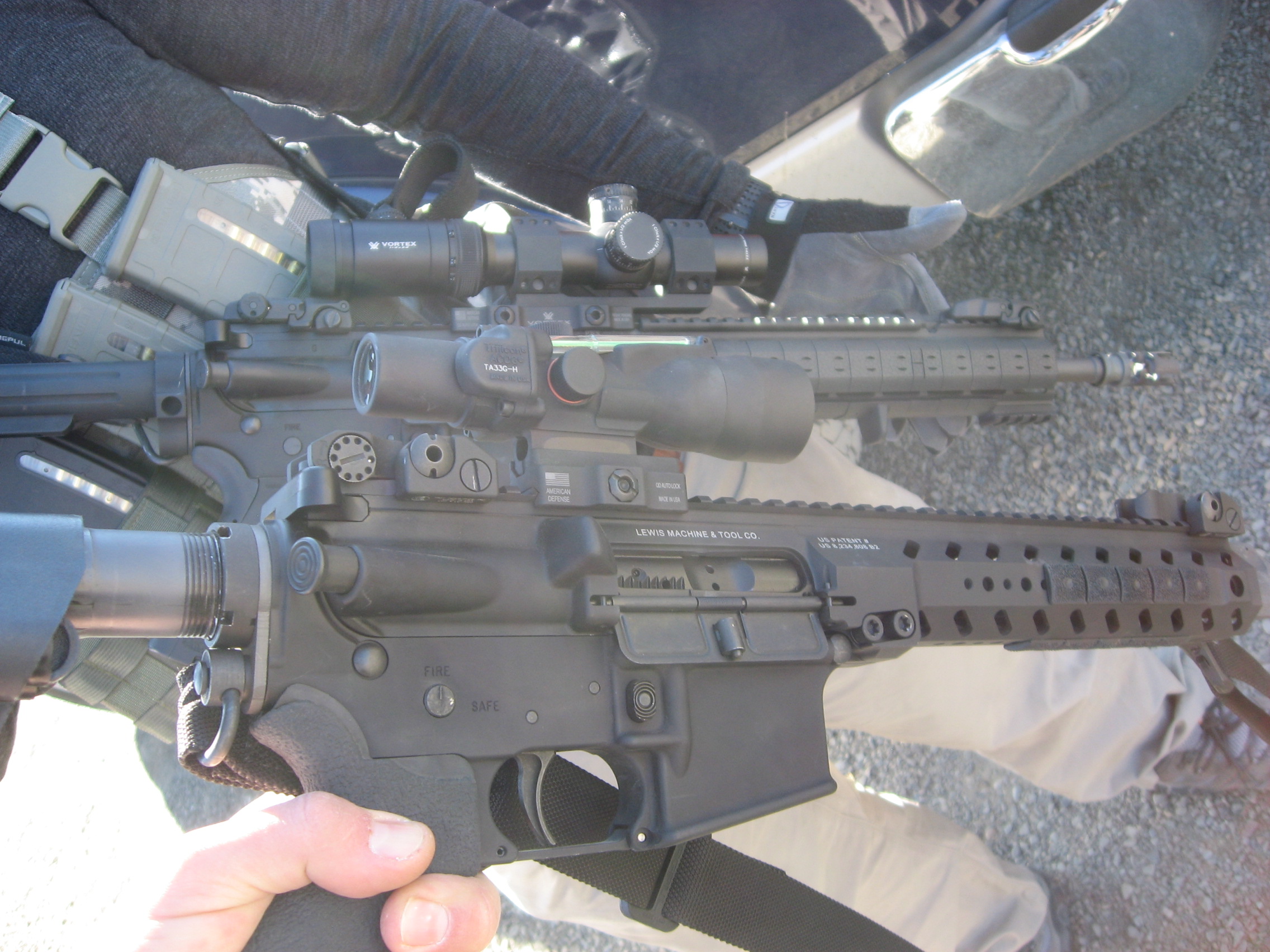 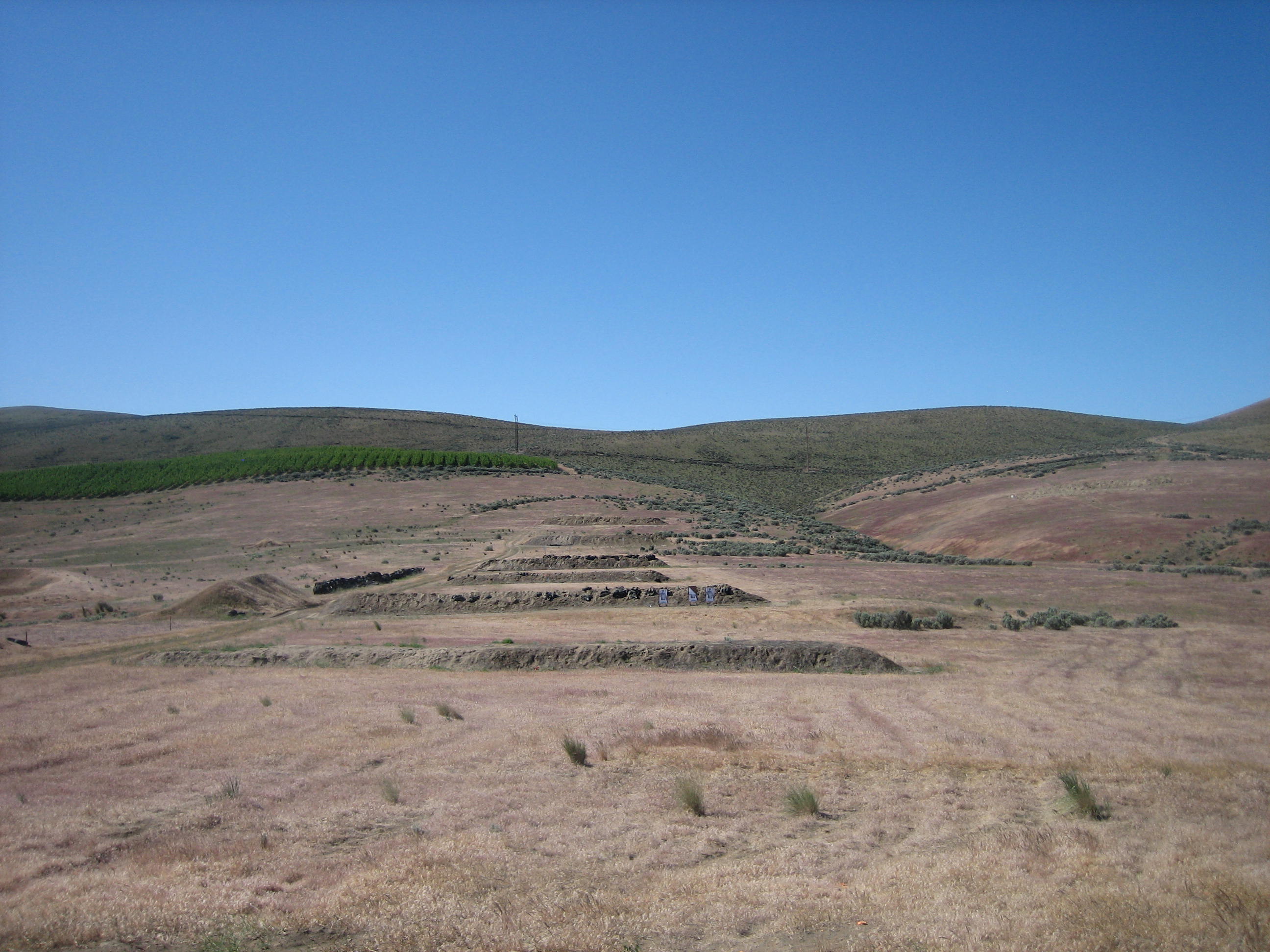