Well, I am at it again. Rather than just being smart and building my own stuff I have purchased something from a craftsman to give me more project ideas. This time I picked up an awl made from a sail making needle and an antler. 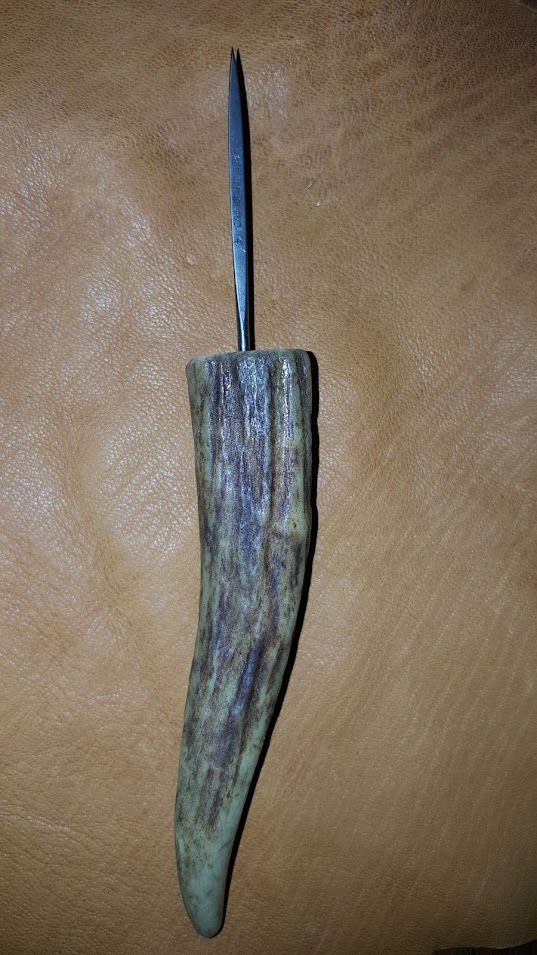 Not that I couldn’t have thought of this myself, but I never really saw anyone do this in a way that was memorable. I think he drilled a very small hole and just epoxied the needle into the antler. The important aspect of this is that I now have several ideas on what I should build for myself…… You will see some of these projects in a few weeks.

I have been using a Craftsman awl that came with a screwdriver set to poke the holes for my rawhide projects. When doing this I had to be really careful to not make the hole too big because the Craftsman awl has a fairly large shank/shaft/base on it and really isn’t made for what I was using it for. This will work much better. I do need to make some sort of a “sheath” for the pointy end before I end up sitting on it and giving myself a way to sew my butt crack together.

Steven also sent me some buttons he made and I should be getting a firesteel as well. The buttons are actually nice to see. I had been wondering how people did them. 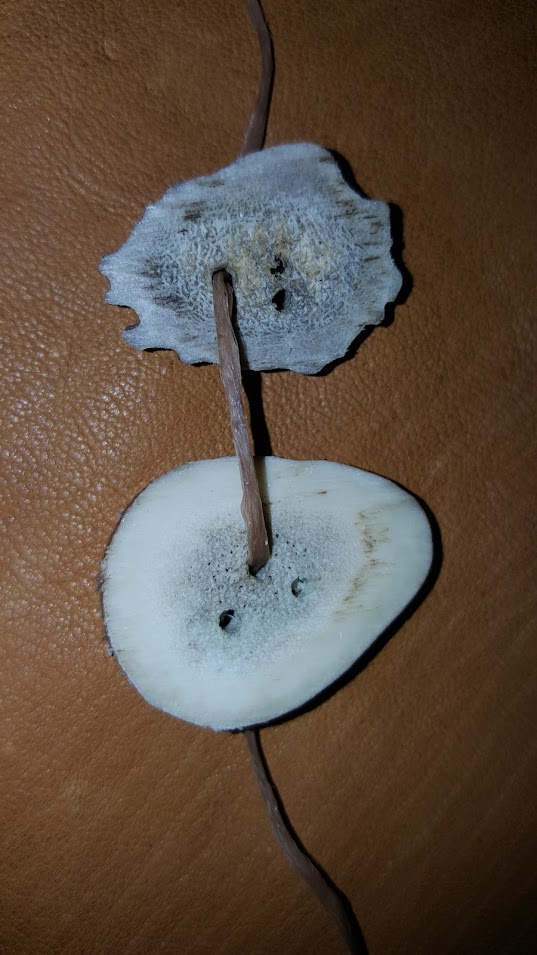 These are just thinly sliced pieces of antler that have three small holes drilled in them. Nothing special for fancy, but I really needed to see how they were done. The core of an antler is not as strong as the outside so I was worried that there was some “magic” involved with the process to keep the holes from pulling through. Evidently there is not. Because I was not going to rush up to some other bushcrafter and stare at their buttons while out in the woods, I needed to get my hands on some myself. Important safety tip: Don’t rush up on a bushcrafter unannounced – they might be armed and almost always have a sharp knife.

I really love getting small project and craft pieces from people. By backward engineering their work I always get ideas for my own projects. Of course Steven’s work is impeccable, but I like to have ideas for ways to occupy my own time.

Again, keep checking back. I have a few ideas for some muzzleloading things made from antler now.