Okay. This is a drastic departure from my normal posts, but I was truly shocked enough by this incident that I had to write something.

For those of you who are not aware of what took place, a reporter and her camera operator were killed by a former coworker this morning on live TV. At this point it looks like Vester Lee Flanagan II (aka Bryce Williams) walked up and killed the two news station employees (reporter and camera operator) and wounded the lady who was being interviewed.

This clip was the footage from the camera man’s perspective. He was filming the interview at the time he was shot and killed. As you can see, he does get a picture of the shooter as the camera is dropped.

And here is the video from the broadcast.

Ultimately, I am seriously ticked off that this guy did this. Not only does it add more fuel to the gun control fire, but it was a horrible way for this guy to express himself. I mean, seriously? This idiot gets fired, makes false claims about “racism” and then goes and shoots two of his former coworkers? Then, because he was such a sniveling weasel, he shoots himself. He seriously was such a little bitch that he couldn’t face the consequences of his actions. No wonder he started whining and filed false claims with anyone who would listen.

Here is the face of evil: 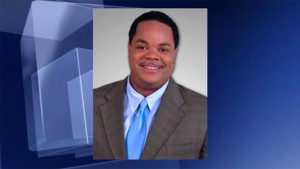 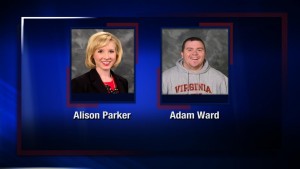 WDBJ7, where these guys worked (except the lady being interviewed), has a very nice article about the incident.

Here is a snippet from that site’s report:

Vester Flanagan died from a self-inflicted gunshot wound at a Fairfax hospital around 1:30 p.m. Wednesday. He is a former WDBJ7 employee.

Around 11:30 a.m., law enforcement tried to stop Flanagan on Interstate 66 in Fauquier County but he refused to stop. Shortly after, he shot himself.

Flanagan sent a lengthy fax about the attack to a New York media organization.

My only hope is that this asshole’s estate is completely wiped out by the families of the two killed and survivor.