These last two weeks have been busy as all get out……

Since I purchased my new truck, due to my old 4×4 blowing an engine and the S&J Motor I picked up being a piece of shit, I have been trying to get my wife’s 2005 Kia Spectra sold. We cleaned it up and took it down to get the oil changed when suddenly it went into a “Safe Mode” operation. Upon investigation I realized that I had one cylinder running at about 20 psi compression. After freaking out and saying a variety of curse words in a multitude of languages, I set out to rip it apart with dreams of a fix. Here are the heads after disassembly. 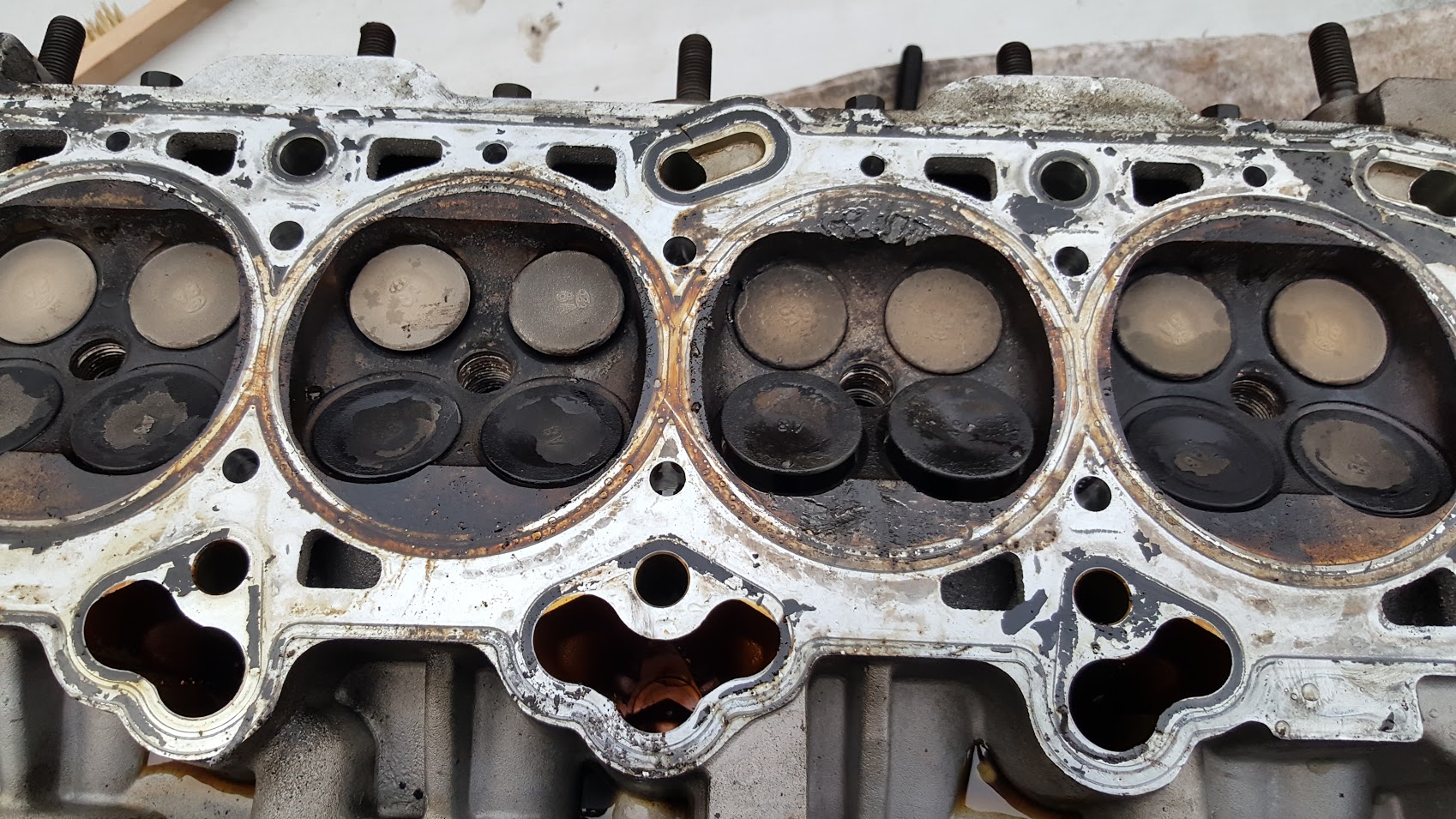 You can see the third set of valves are a bit burned. Luckily, they were more coated with crap than any real damage having been done. 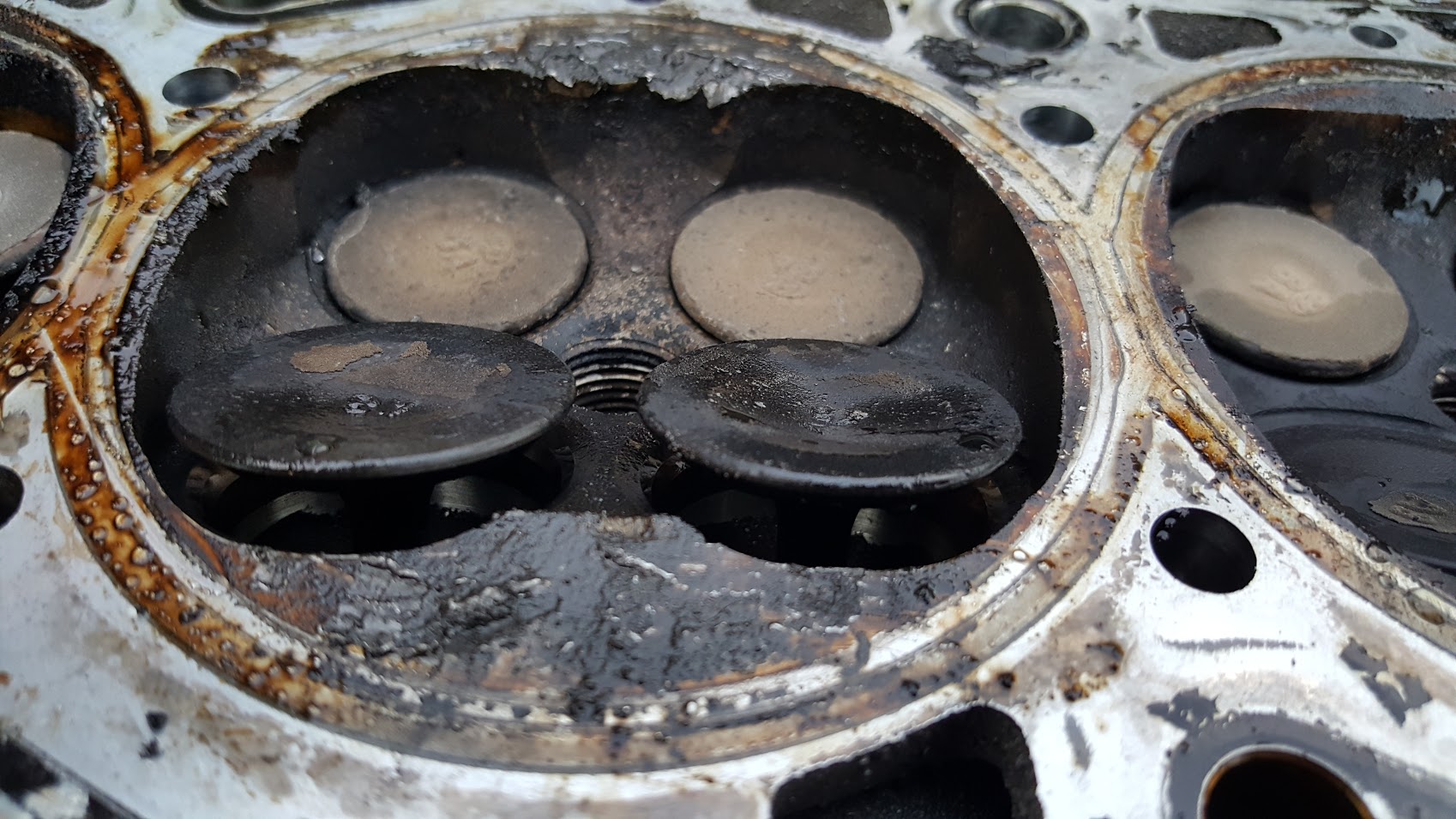 As you can see, the valves were not that bad. I went ahead and replaced all four of them for this cylinder, though. It was only $50 to replace them and I had to pull everything when I lapping anyway. Swapping to cleaner and new valves saved me some work. Everything lapped well and ended up coming out very nice.

The pistons definitely needed some love, however. 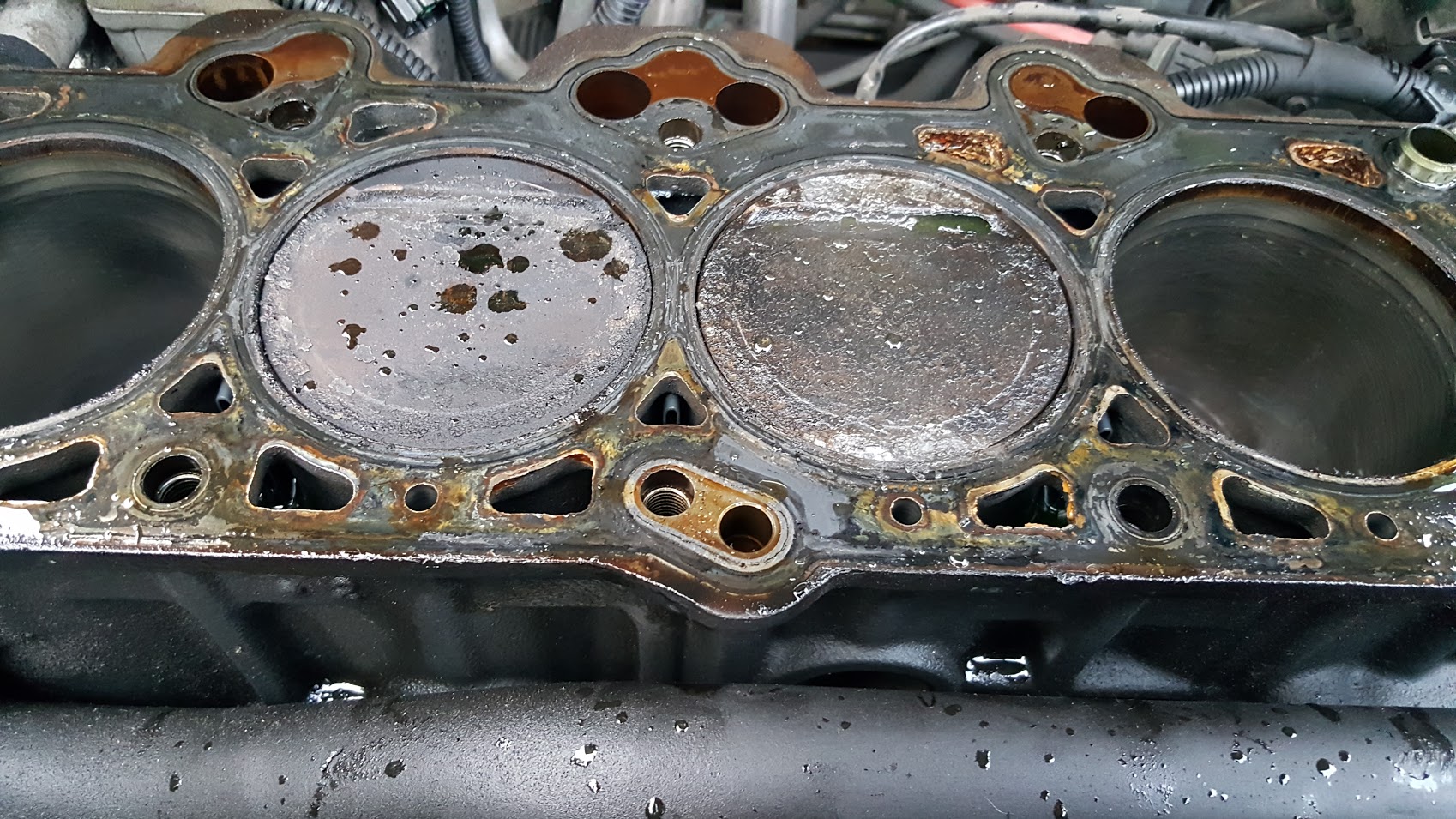 You can see where the piston hit the valves when the timing belt went a few months ago. It did much more damage than I had thought. There were actually some chunks of metal just floating around in the chamber. That really isn’t a good thing for those that didn’t know. 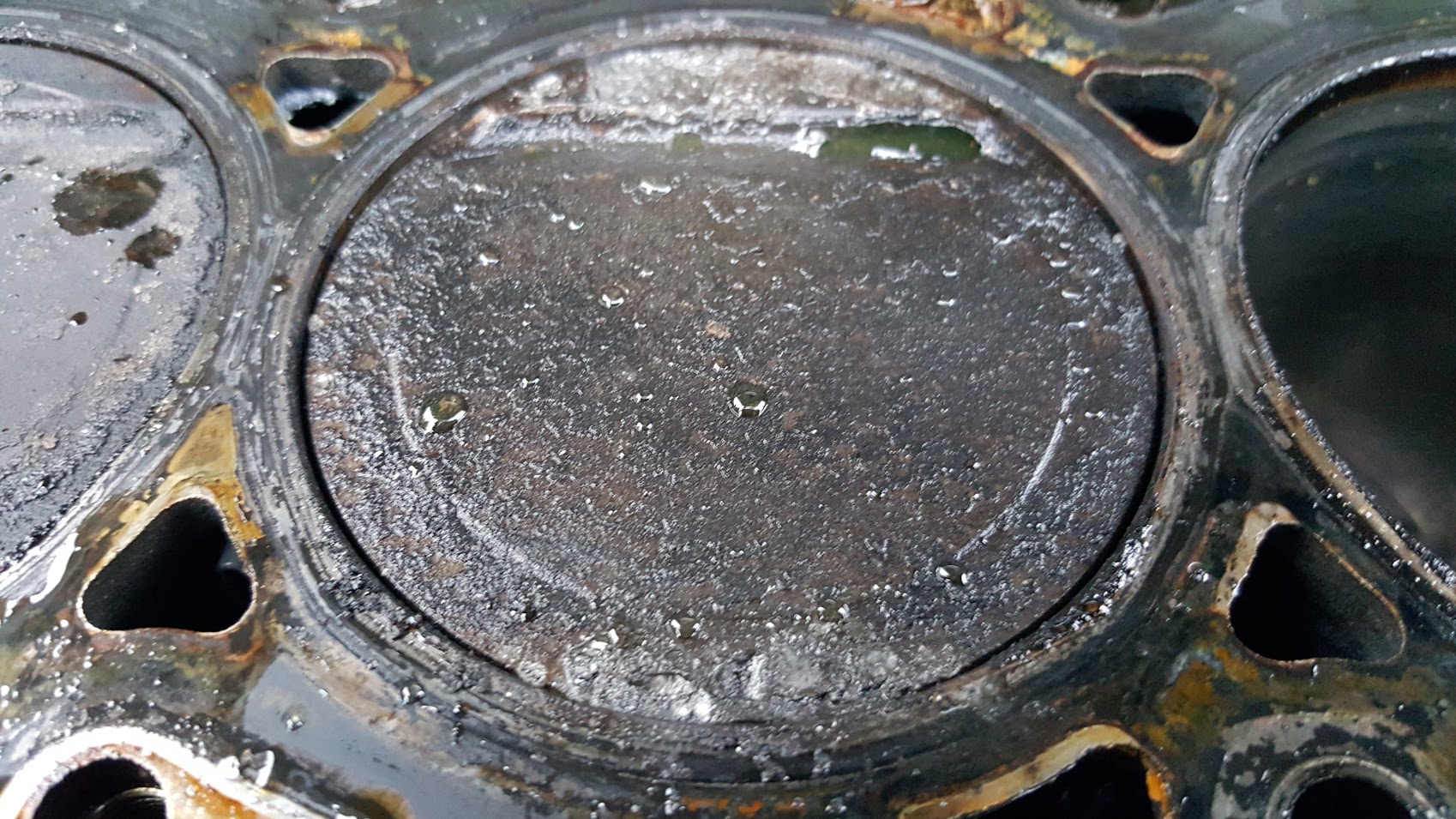 Once I got the pistons out I noticed that this one actually was all gunked up to the point where the rings didn’t even move. No wonder I had almost no compression in this cylinder. Pressing out the wrist pins and putting the new pistons on the connecting rods was a bit of a pain. It took about 5 hours to make the support, press the pins and install the new pins. Even worse was the fact that I had to do it all over at a friend’s house because I don’t have a press…..  yet.

As of last night, the pistons and rings are all installed into the block and the connecting rod caps are all torqued. My son is going to finish buttoning everything back up and putting the heads back on. If all goes well I should have this guy back up and running by either tonight or tomorrow so I can get it to the new buyer. That should be nice. We will be back down to 5 cars (my two trucks, wife’s Subaru, and my son’s two VW’s), a boat and my flat bed trailer all shoehorned around the trees at my house. Hell, I should even be able to get the heads of my old 4×4, rebuild them, and get it running pretty soon. Then I can get my motorcycles going and start on more enjoyable projects like building pipes, kuksas, and spoons.

Keep your fingers crossed that all these mechanical problems we have dealt with lately will be remedied soon. I am getting tired of broken down vehicles all over the place.