American Sniper is a remarkable story of heroism, patriotism, and self-sacrifice by an even more remarkable American, Chris Kyle. A Navy SEAL and highly trained sniper, Kyle is even more remarkable in his straightforward admittance that his accomplishments alone are not to be lauded, but the accomplishments and sacrifices of his fellow military men who sacrificed their vision, limbs, and some ultimately their lives in fighting for the freedoms that we often take for granted, yet hold so dear. It may not be much, but here is one American that is forever grateful and thankful to Chris Kyle and ALL of our brave men and women fighting for our country.

Kyle joins the ranks of such American sniper greats as Carlos Hathcock 93 confirmed kills during the Vietnam War, and whose sniper exploits were so eloquently related to the reader in these two books written by Charles Henderson; Marine Sniper: 93 Confirmed Kills and Silent Warrior: The Marine Sniper’s Story Vietnam Continues, as well as, other sniper greats such as; Chuck Mawhinney a U.S. Marine with 103 confirmed kills during the Vietnam War and Adelbert Waldron the previous U.S. Military record holder with 109 confirmed kills.

One particular aspect that I liked about how this book was written was the occasional viewpoint expressed by Kyle’s wife, Taya. Although both she and Kyle allude to problems both faced concerning each other and his absence during his military service, one can’t help but realize what a truly remarkable women Taya is and Chris was a damn lucky man to have her.

I really liked Kyle’s no apologetic statement that he enjoyed his job and took great pride in saving the lives of his fellow soldiers as they fought against the evils that they found in Iraq. Kyle doesn’t go into a lot of gruesome detail concerning that subject but he makes it painfully clear that unless you have actually been there and seen the evil that hasn’t been diluted by politicians and the media, then you really have no idea what it is like.

Kyle not only gives you a glimpse into the world that he and his fellow SEAL’s lived in during the Iraq War, but also the difficulties he faced when he came home in between tours and for good upon his retirement from the Navy. And although there were difficulties, he also shares some very humorous moments as well. I especially liked the story about the “burglar” breaking into his home while he was on leave and while he was still in bed after his wife left for work. I was laughing so hard that I couldn’t stop for several minutes.

Chris Kyle was one of the finest soldiers the United States of America has every produced and one hell of a human being and a truly great American. I highly recommend this inspirational biography of an extraordinary human being to everyone. 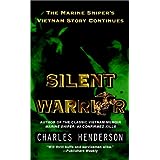