Before I joined the BushcraftUSA forum, I really had never heard of a “RDB” or Real Deal Brazil hat. I had seen Zombieland and thought that the hat Woody Harrelson wore in the movie way AWESOME. I also like the one that the sniper in the movie The Losers wore. There was not much more thought than “that’s sweet” that really went into it. Then I saw where they came from and had to get one. 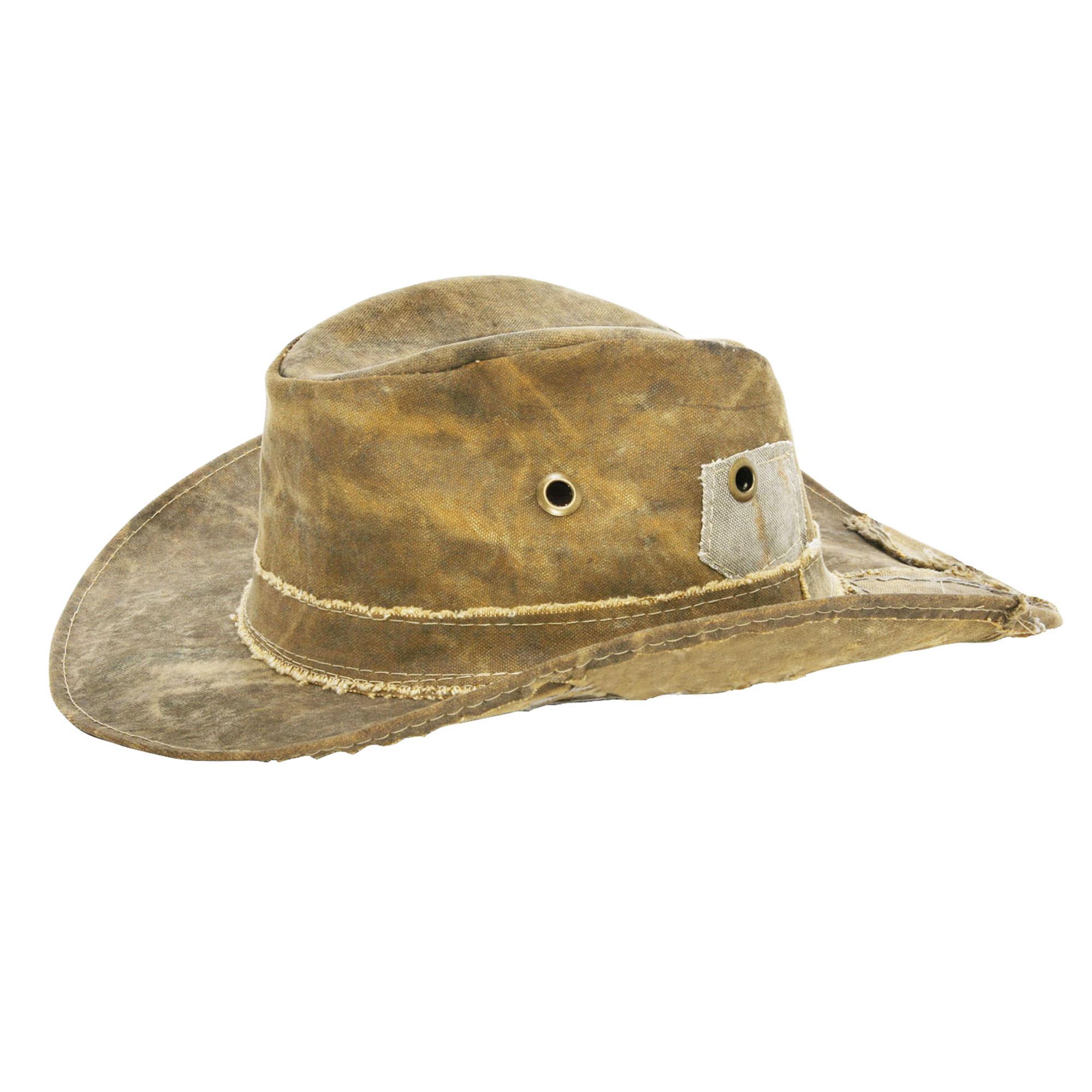 Here is the one from Zombieland:

Here is the one from The Losers:

The one that Cougar wears seems to be waterproofed or something. Maybe a bit of Sno-Seal melted into it? I think I might have to do a bit of playing around with one of mine.

These things are made of the canvas tarps that the cargo trucks use to cover goods in Brazil. Literally, they are Brazilian truck tarp. There are patches on some. Others have no patches. Spots, stains, wear spots, bad fit of the crown to the brim, irregular sizing, the whole thing. This makes them absolutely AWESOME!!!!!

Here are some pictures of the two that I have and the one my son wears: 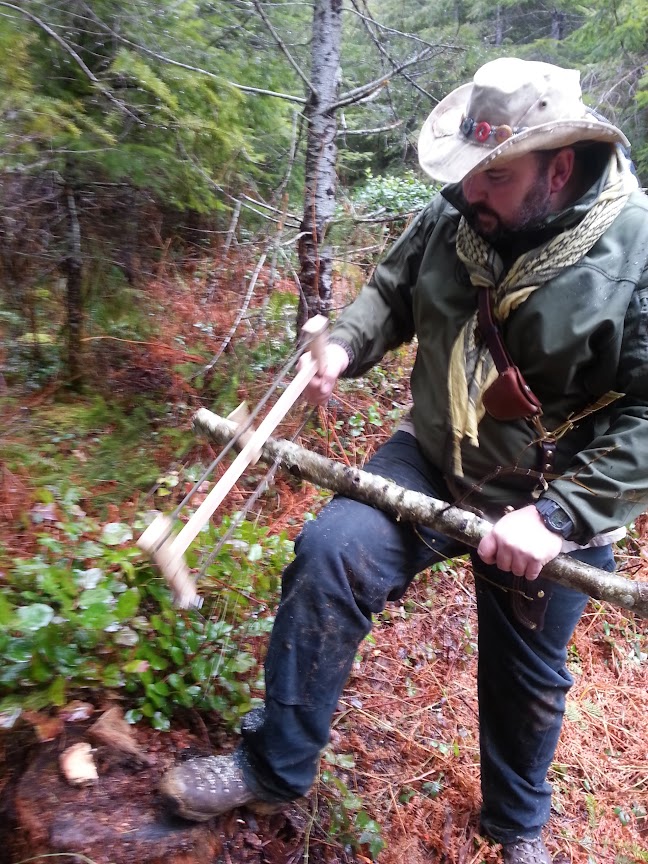 One of my RDB hats 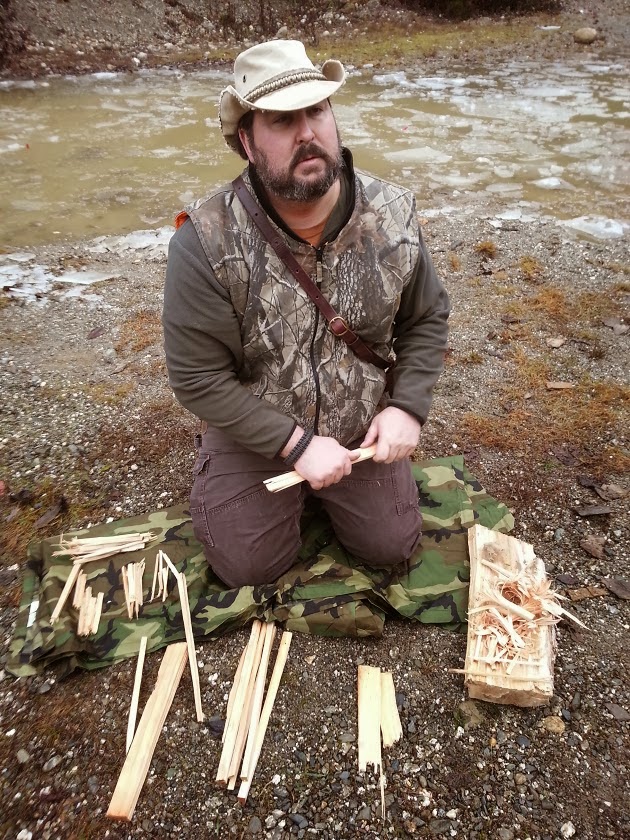 My other RDB hat 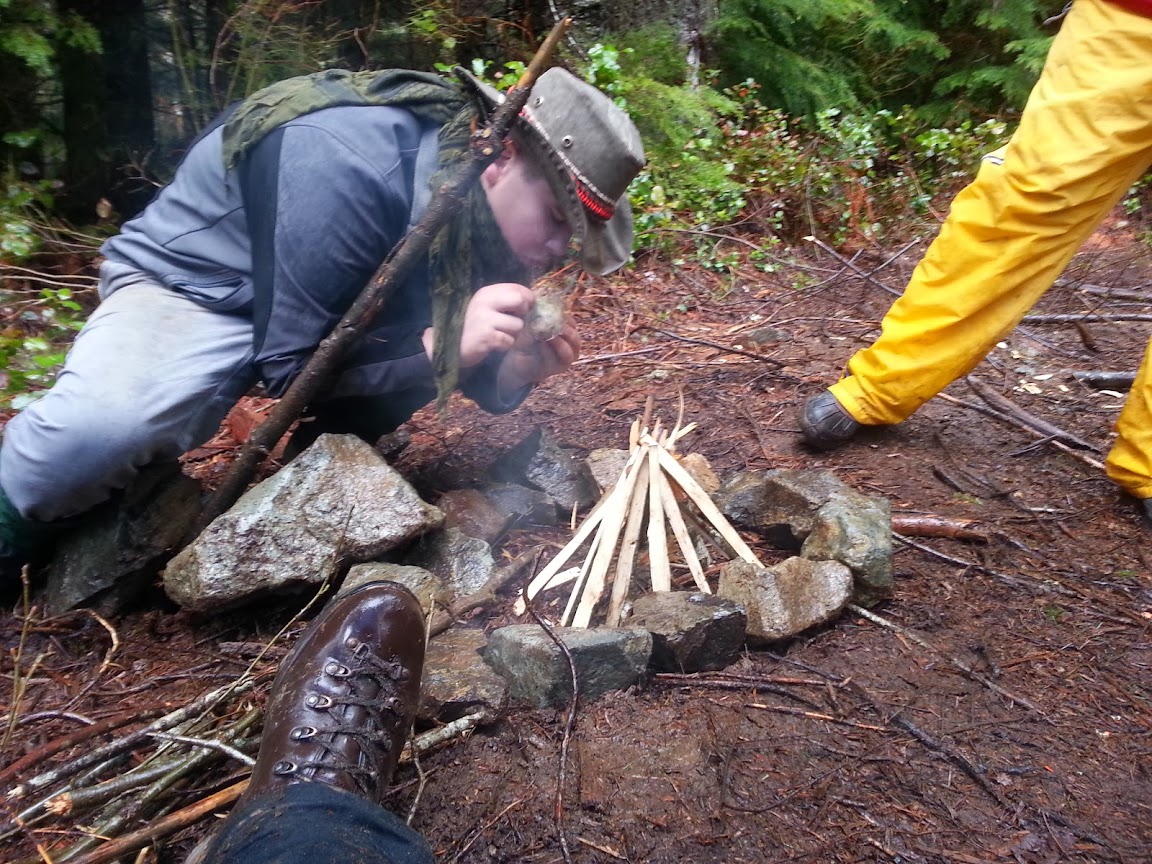 My son blowing charcloth embers to flame in the rain while wearing his RDB hat.

As you can see, they really are customizable and vary in their construction. All three hat bands were purchased from their website. I like the one in the top picture. It is a bunch of beer bottle tops and I did the whipping on the feathers that hang down the back. Those feathers are from my Patagonian conure. As for the brim, there is a wire that is sewn into the edge. You can use that to bend your brim into the shape you desire. The crown does not have any support, so any modifications to it must be done with a sewing machine and skill….  I have the sewing machine, but lack the other. That means that I have been stuck with a crooked crown on one since I got it. Everyone that sees it, however, just call it character.

These hats do have a lot of character. There is NO doubt about that. They are also really easy to modify and customize because of this. Anything that you might mess up or misalign somehow just adds to that character.

The second picture is the one that I did the most modifications to. What I did with that one was as follows:

This is what I did on the sweat band: 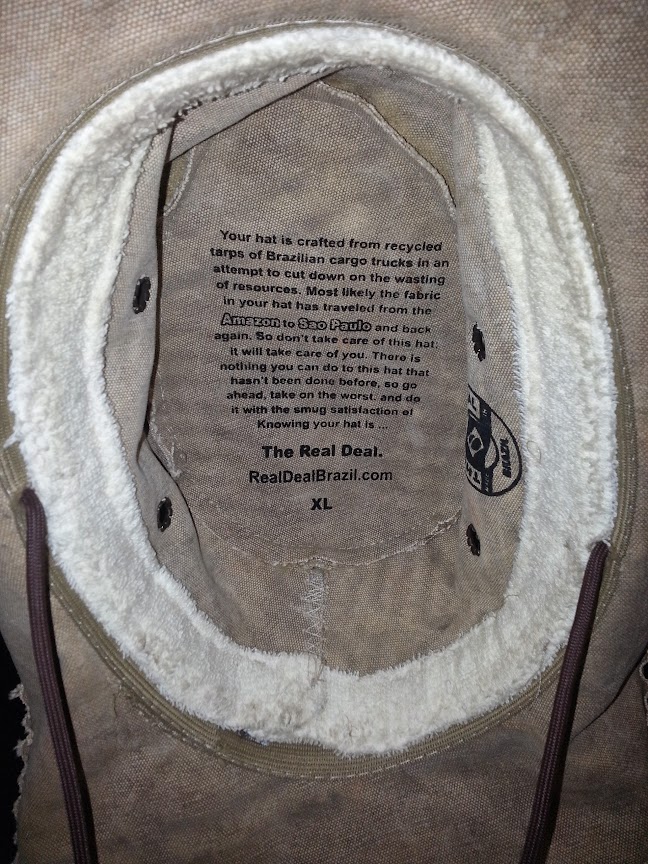 This is what the stampede string and grommets look like: 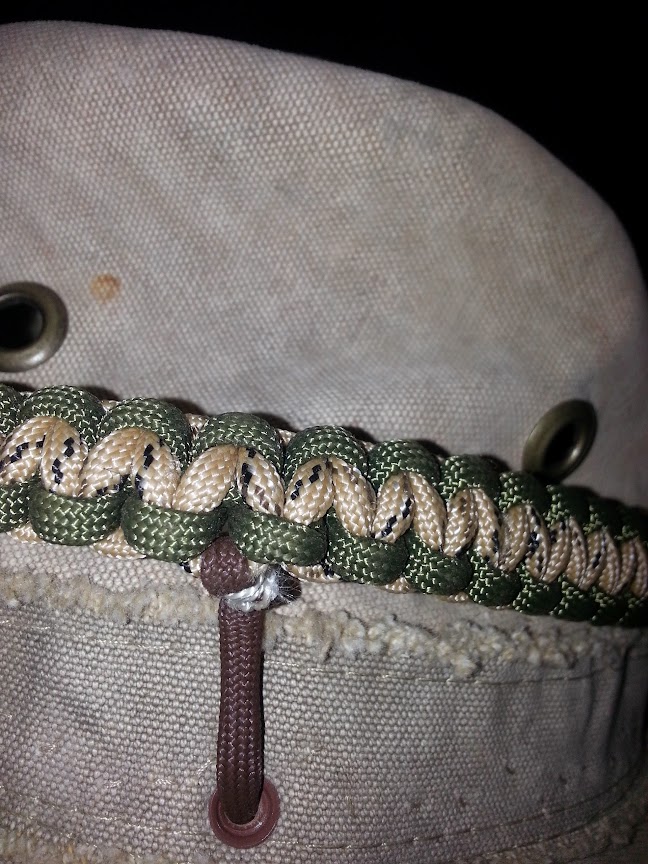 Since the hat does not float (not even a little – probably could be used as a sea anchor) the string to keep it on your head is a great idea.

I have really let the pictures and easy customization of this hat speak for the product. These things really are one of the toughest hats I have ever worn. In the summer they do get fairly hot, but what I have found that works well is to get it wet and let the evaporation cool your head. It works quite well. For this winter I will be melting in some sort of wax based sealant into the one pictured above to help with rain. When I wear these in winter, they do get sopping wet after a day out in the woods. Having a lighter version of an oilskin Outback-ish hat for the winter months would be nice. Especially with the terry cloth band to keep the cold tarp off my forehead.

If you decide to actually order one of these, I suggest that you measure your head carefully and make notes for off sizes. Ask for either a smaller of one size or larger of another size to get a good fit. Another important fact about these hats is that they do not stretch. What you have is what you will always have with regard to sizing. Keep this in mind and think about sewing in your own sweat bands as needed to adjust the sizing.

Ultimately, this hat is an ugly duckling. You can shape it and create what you want out of it. Think of it as a blank “canvas.”    <get it? canvas?>

For a tough outdoors hat, I highly recommend and suggest you look at one for yourself.