This past weekend I finally got a chance to bust out the Kydex equipment I purchased last fall. There were several projects that I had to work on that had become fairly time sensitive. Two of which were IWB knife sheaths for Gunguy that would be more ergonomic and fit his needs better. Considering that this was really the first true project in Kydex, I had quite a learning curve to overcome. Luckily, Kydex is quite forgiving for if you screw it up you can quickly reheat and erase 99% of the evidence.

This is a great example of erasing the evidence. 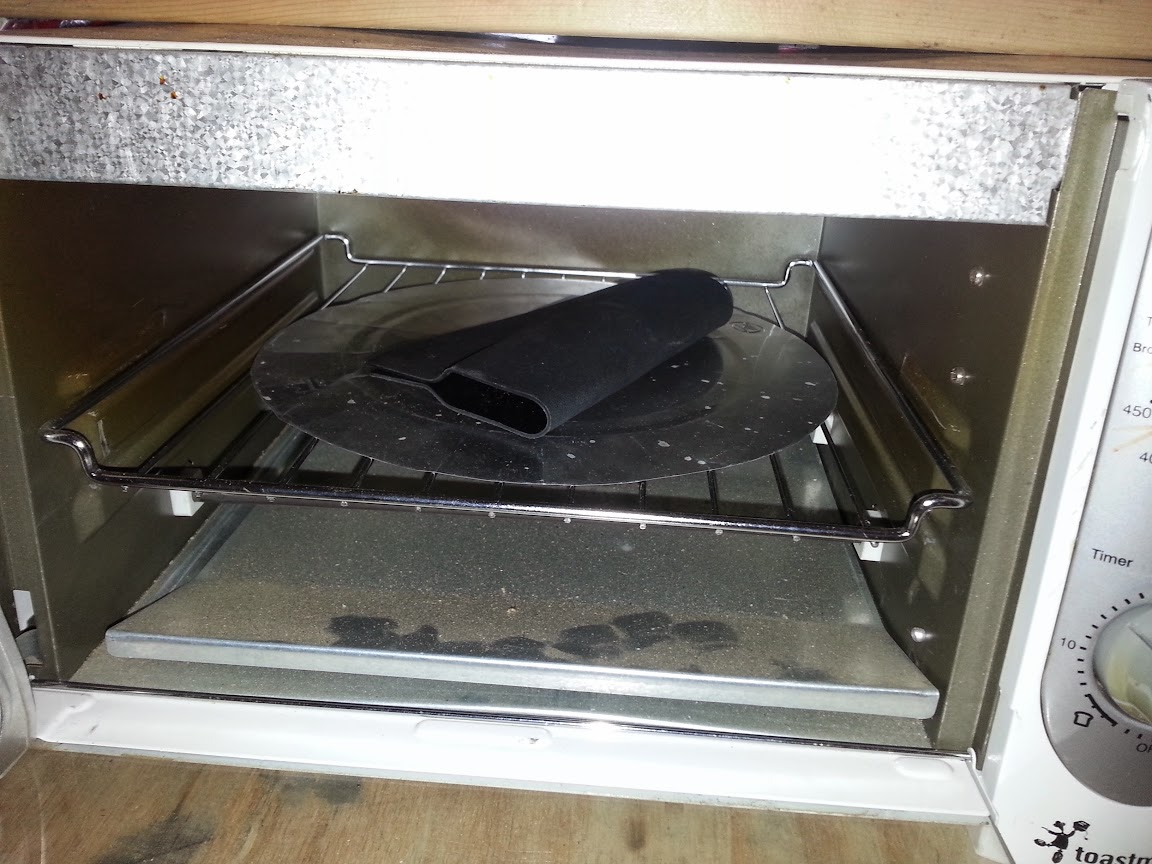 If you look closely, you can see the Kydex starting to open back up toward the back of the oven. This plastic is actually quite amazing. It has a memory so heating up a previously formed item will literally leave you with a flat pieces of plastic after it heats back up. Admittedly, I reformed several things just to be able to watch it unfold and return to its previous shape. I have no idea what it does to the actual plastic itself, but I can assure you that the shaping properties of this stuff is very amusing.

Once I got the Kydex hot, I used these homemade presses to squeeze the plastic and form it to the knife. As you can see, this is eventually going to wear out and need to be replaced. I do like the design of the locking mechanism. Again, it was made by someone else, but whoever did build these forms really had a good eye for fabrication. I can see myself just replacing the foam when it breaks down rather than buying or making new. 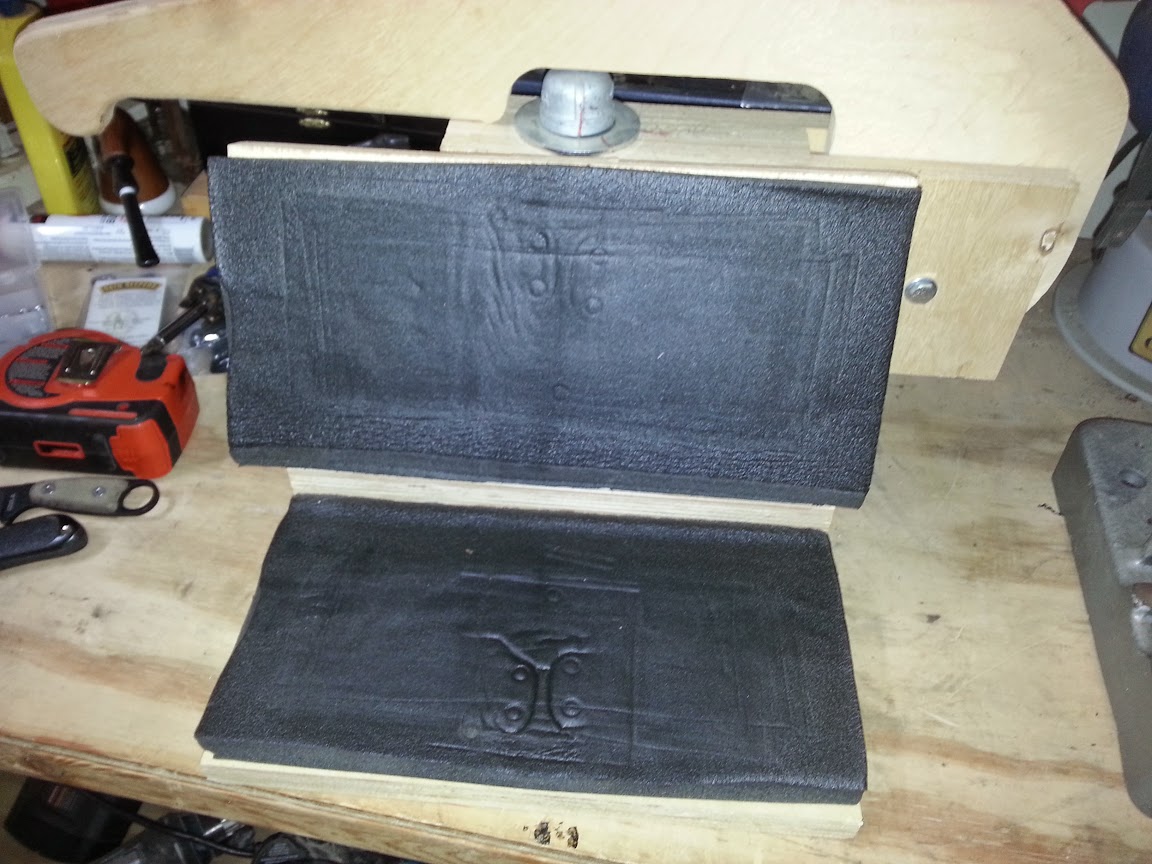 One of the projects I had to do was for my daughter. When her deployment orders were cut I contacted a very talented knife maker to build her a combat/utility knife to take with her. I also contacted a sheath builder to make her a Kydex sheath that would clip onto her MOLLE gear. The knife is incredible, but the $100 I paid for the sheath was a bust. It not only didn’t hold up, but it broke during a ruck march. When I contacted the sheath maker about it he said that he would repair it, but it would cost me if he had to rebuild it. Once I got the knife back from my daughter and was preparing to send everything back to him to be redone, he suddenly pulled a Keyser Soze and disappeared on me. Needless to say, I will be much more careful about having custom pieces built unless I know the maker’s work. Very unfortunate because I have had a lot of custom work done in the past.

Here is the sheath I build for the daughter’s knife. I still have to do the final sand and polish, but I think it came out fairly decent. Here are a couple of the knife sheathes I made for Gunguy. I still have to do the final sand and polish for his as well, but wanted him to see them before I did. I didn’t want to do all the finish work on something just to have to redo it because it didn’t come out quite right. Notice how he wanted the grommets on the spine side of the knife? This was so he could comfortably put this inside his waistband and still get to the handle without cutting himself. Most of the loops and straps will get in the way of drawing the knife if they are on the cutting edge side. 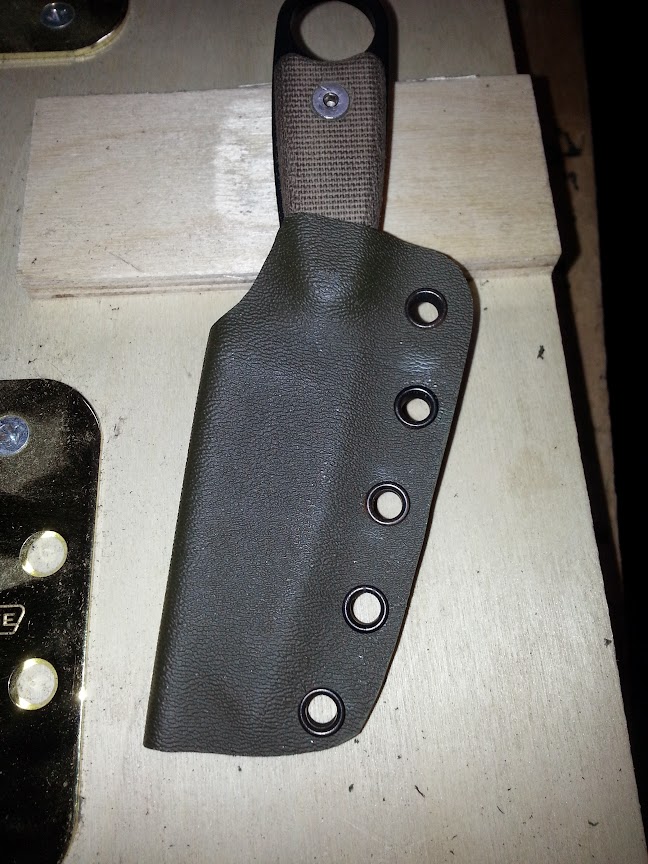 Here is the other one. 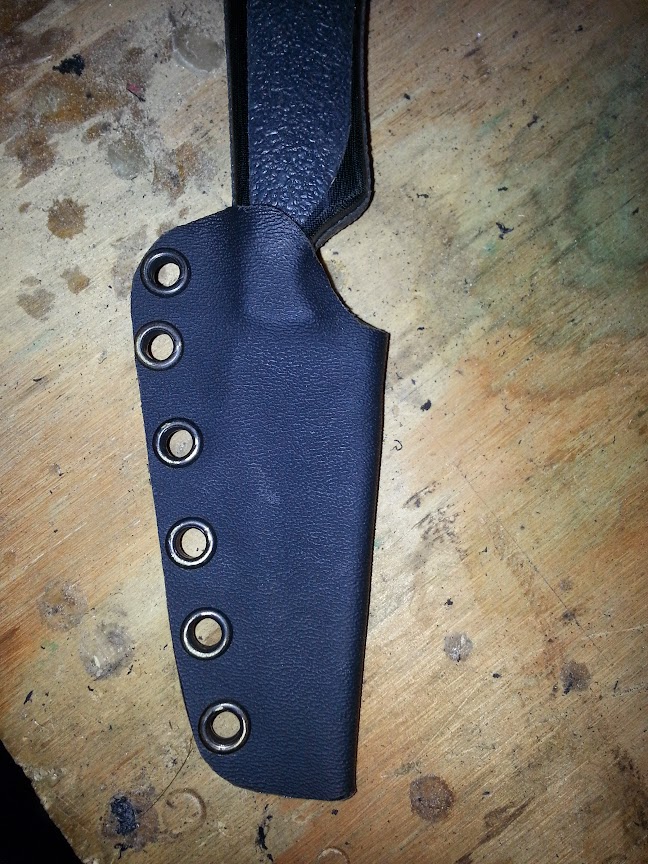 See how I formed it “backwards” so that he could use the grommets to strap on different loops and fasteners? I also made him an adapter for his stock Izula sheath that moves the IWB loop to the other side of the sheath and thus more out of the way. 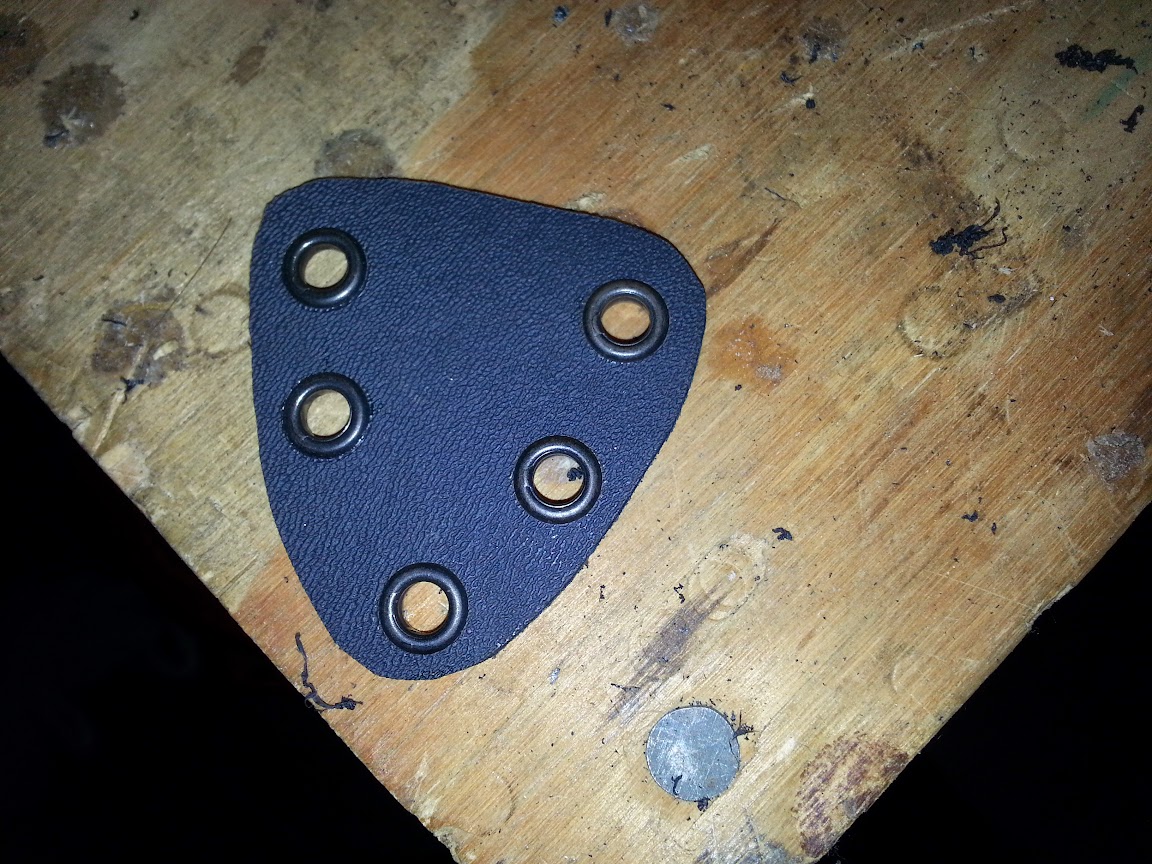 All said and done, this was actually a fun day in the garage. I will be building other gear out of Kydex as time goes on. Not sure what will be next, but I can assure you that it will be fun!